On a quick visit to my hometown Dunedin, we enjoyed browsing in the Saturday market held in and around the Octagon, bang smack in the centre of the city – bands on various stages belted out old favourites, jazz or solos, there were food stalls in abundance and a few quirky exhibits too. 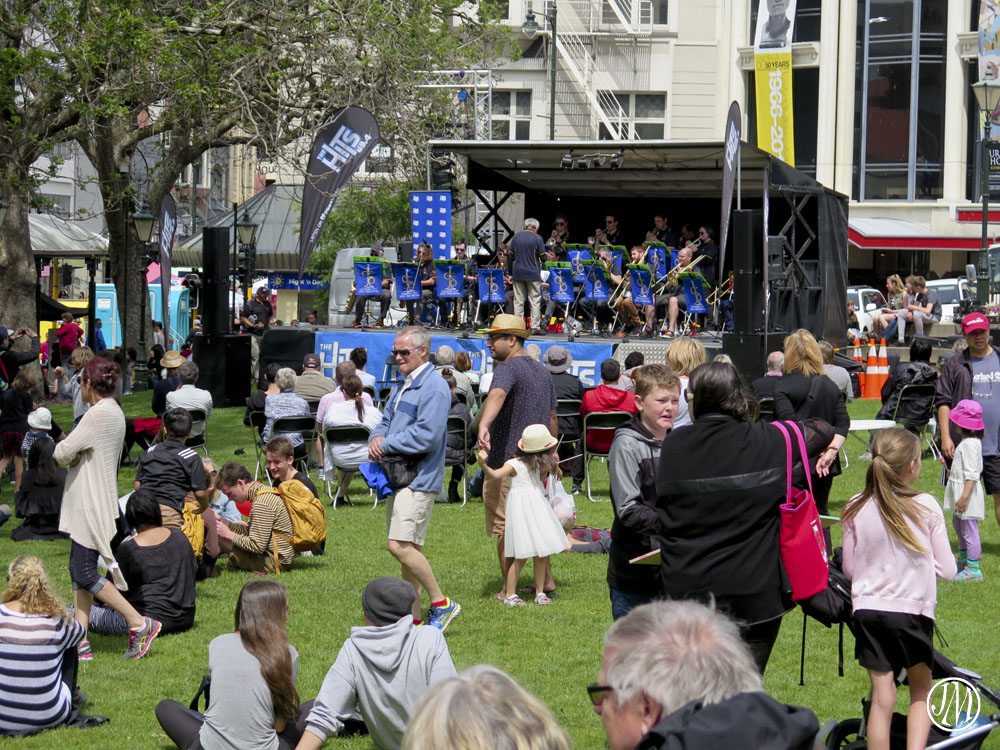 Dunedin crowd enjoying the Saturday market at the Octagon. 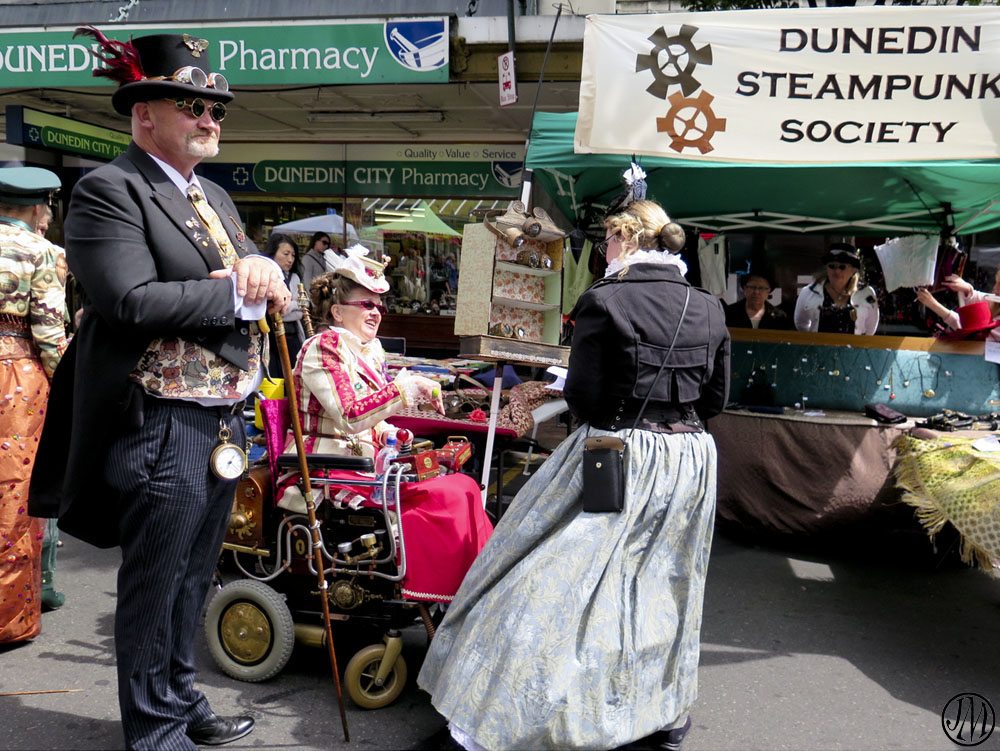 Steampunk culture appears to be big in Oamaru and Dunedin – what’s that all about? 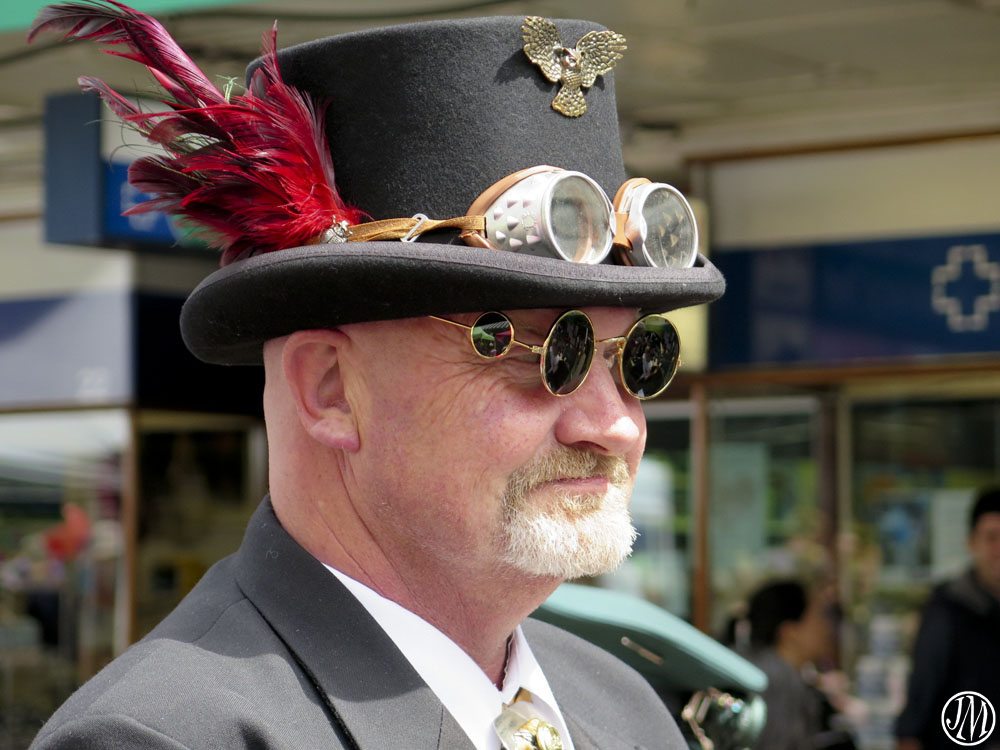 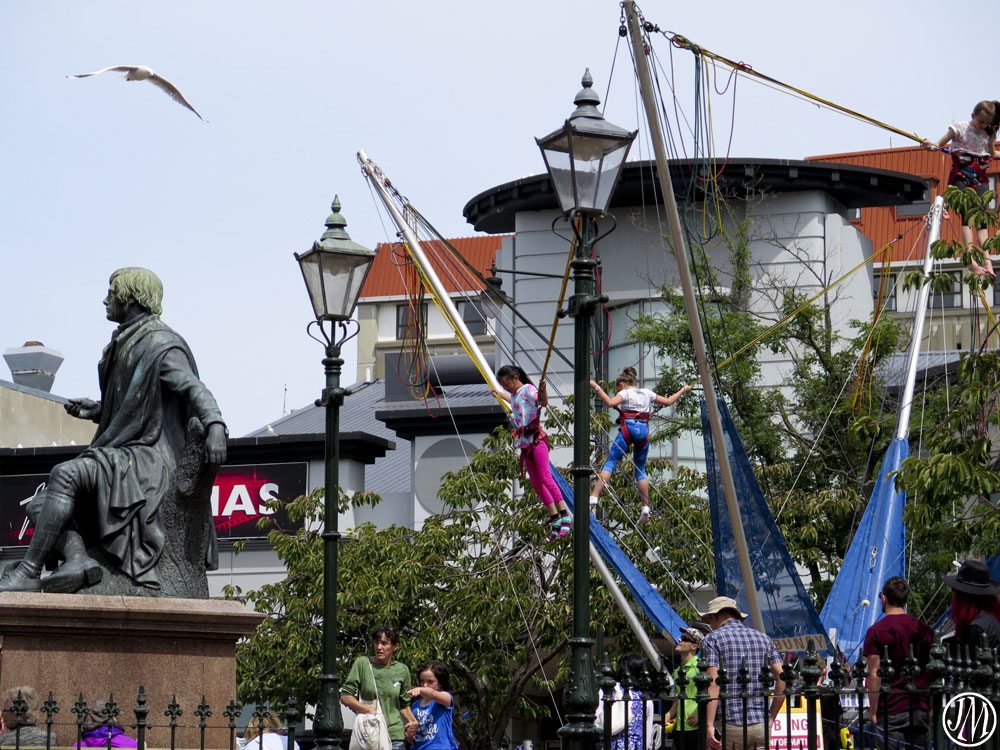 Not sure Robbie Burns would approve, but these young acrobats were enjoying the challenge. 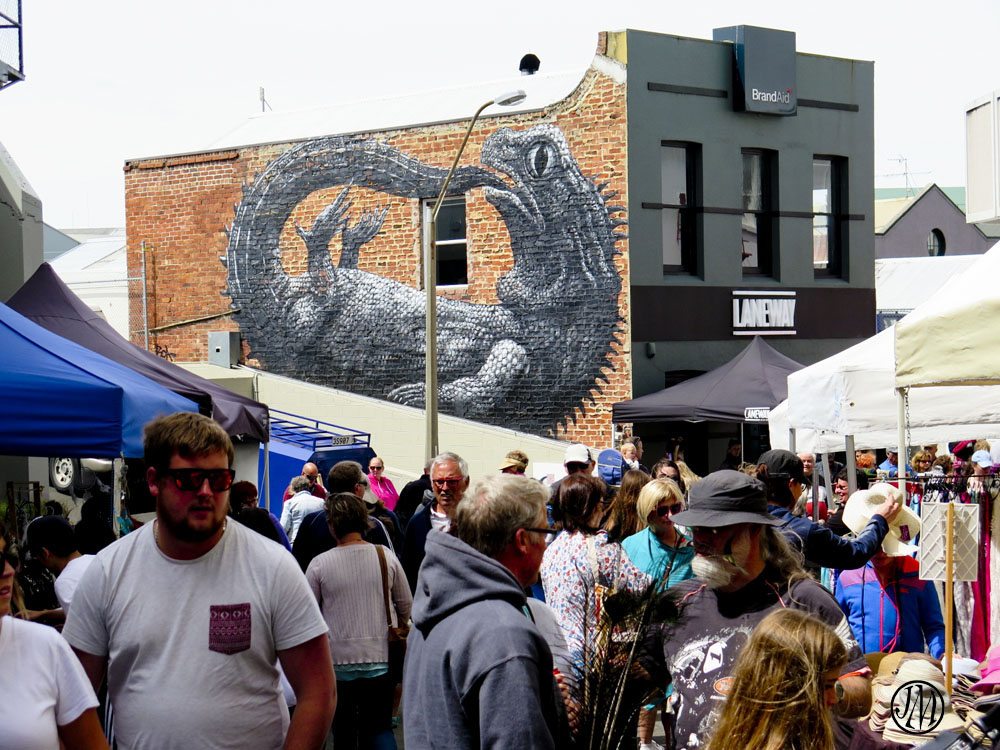 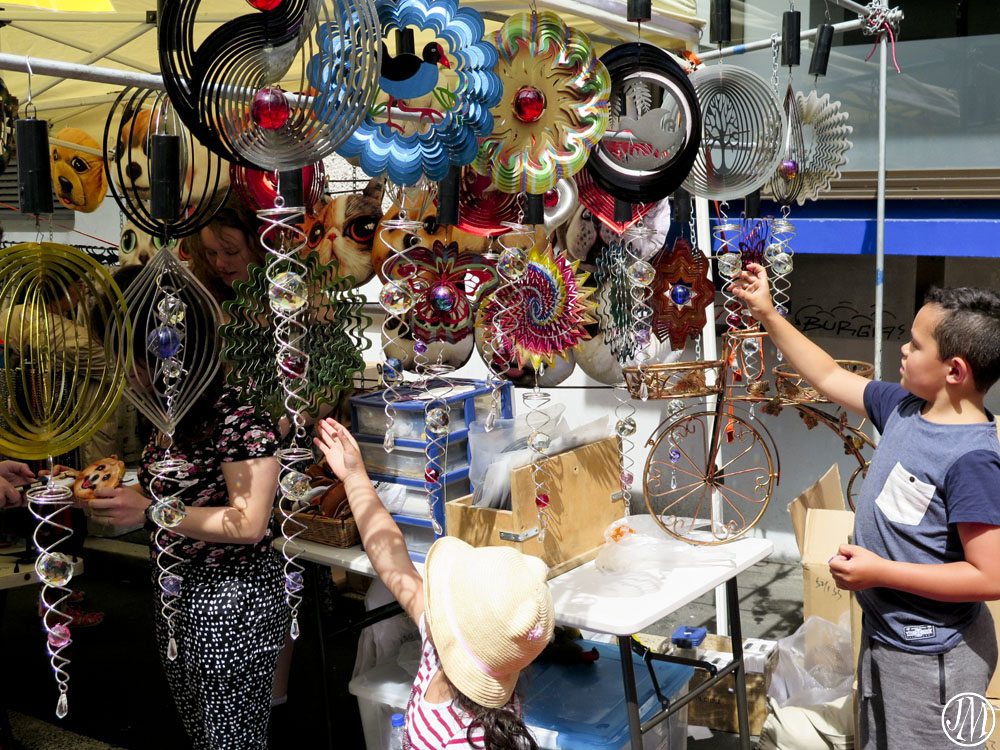 Choosing a colourful wind chime from one of the street stalls at the market.

I couldn’t visit Dunedin without a visit to Otago University from which I graduated many years ago. My Great Grandfather was one of the four founding professors of the university and travelled from Scotland to NZ arriving in 1869 just 21 years after the city was founded.  His eldest daughter Anna was born shortly after they arrived and died at the age of 99 just one year short of the University’s centennial which was celebrated while I was a student there. The four professorial houses are still a part of the University, Shand House now housing the Marketing and Communications Dept. 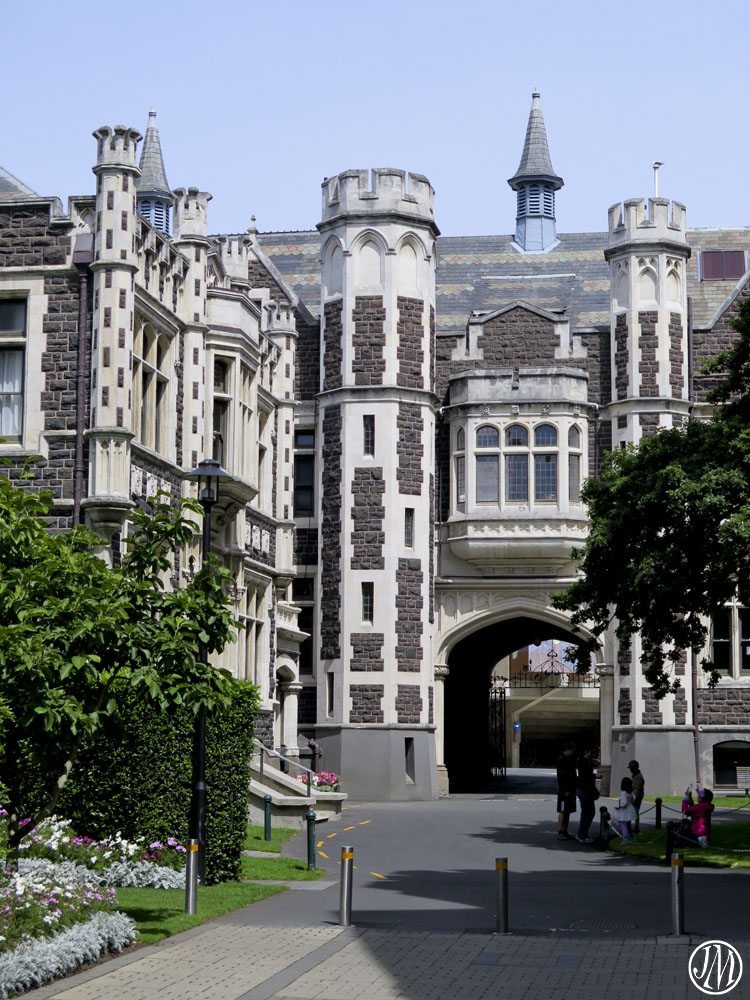 The gateway to the University, the style replicating the buildings of Scotland, from whence came the founding settlers. 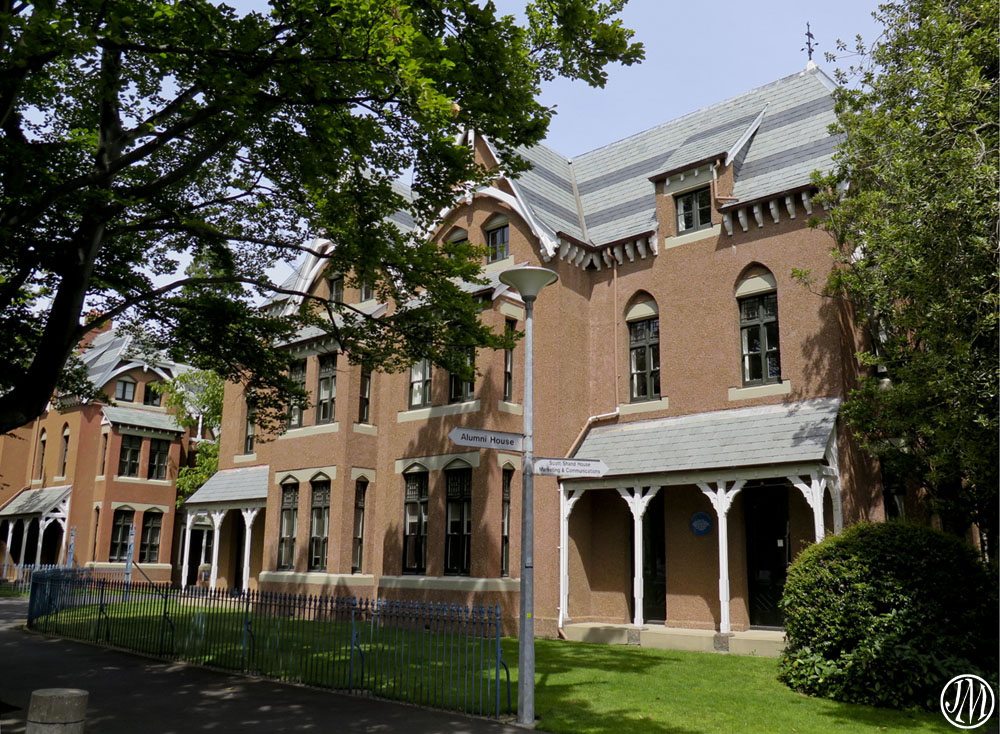 The professorial houses, childhood home of my paternal grandmother. 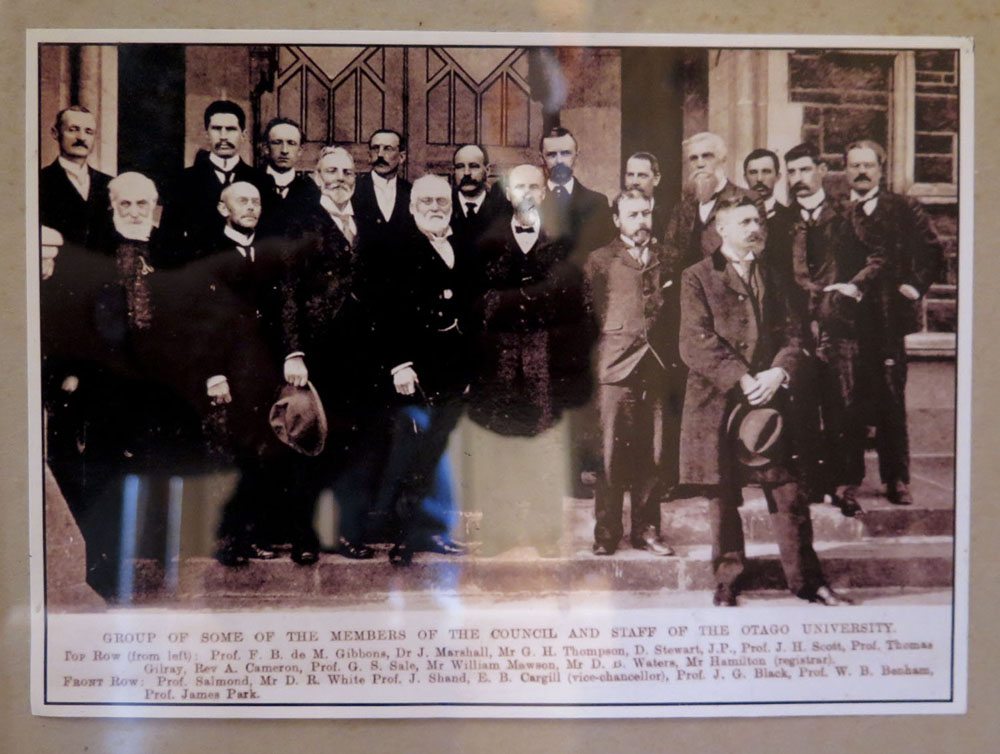 My Great Grandfather, Professor Shand, third from left in front row.  Rather handsome I should say!

In the afternoon we took a trip along the Otago Peninsula to visit the Albatross Colony at the far end.  It is the only Albatross Colony on a mainland and so close to human habitation so it is an excellent opportunity to view these magnificent birds at relatively close quarters. 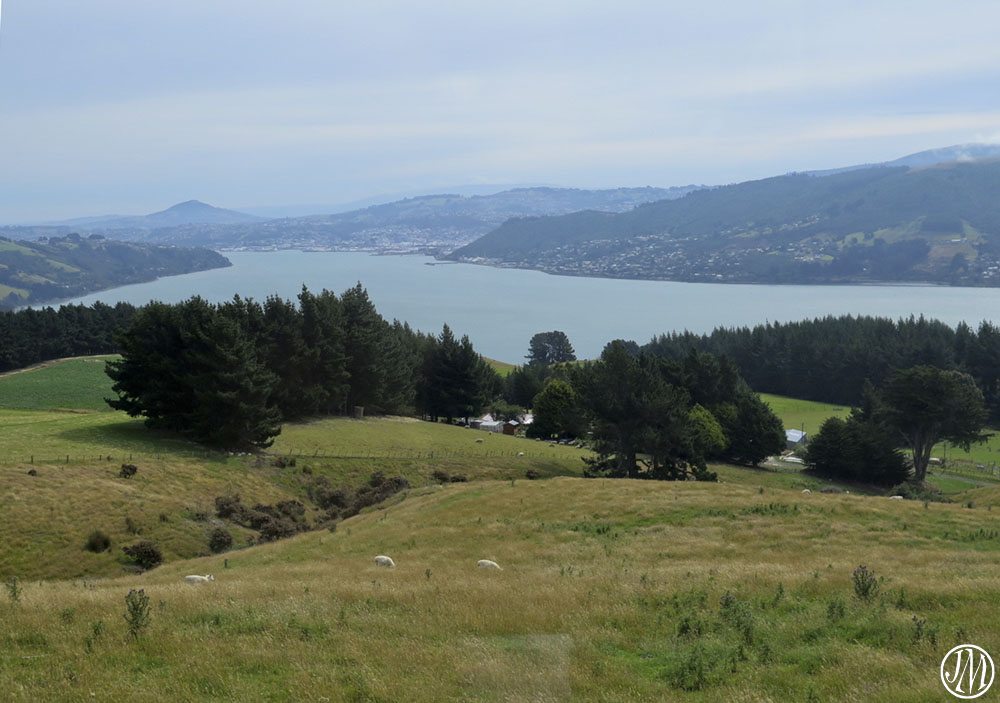 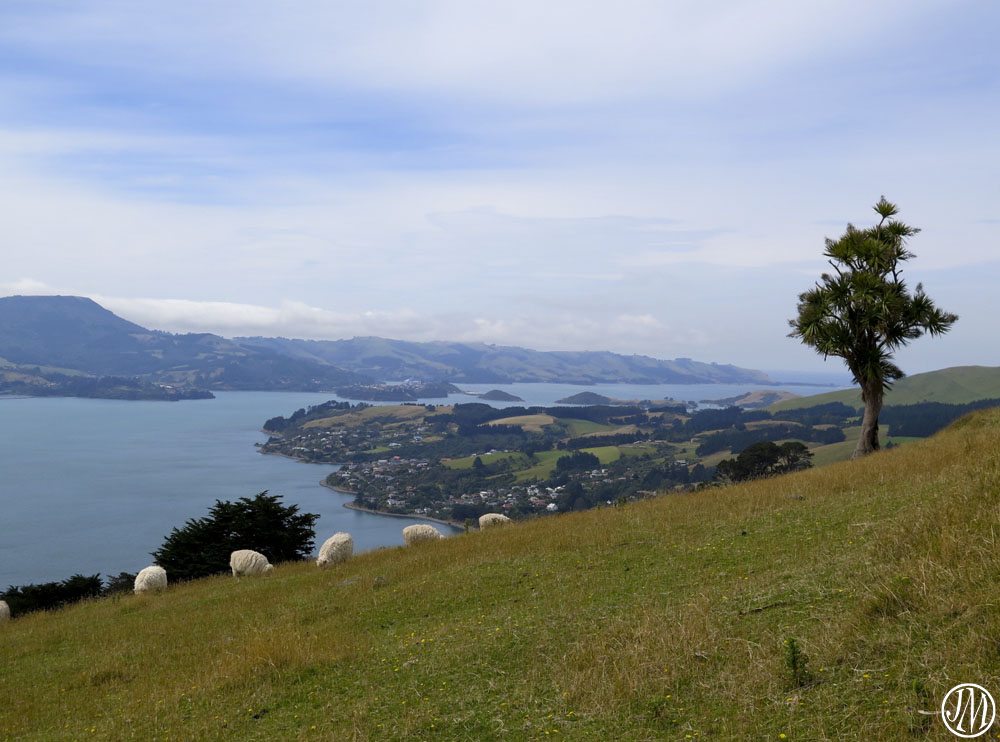 The view from the high road of the Peninsula looking towards the harbour entrance, with a cabbage tree and sheep
in the foreground – that’s about as typical a view as you can get! 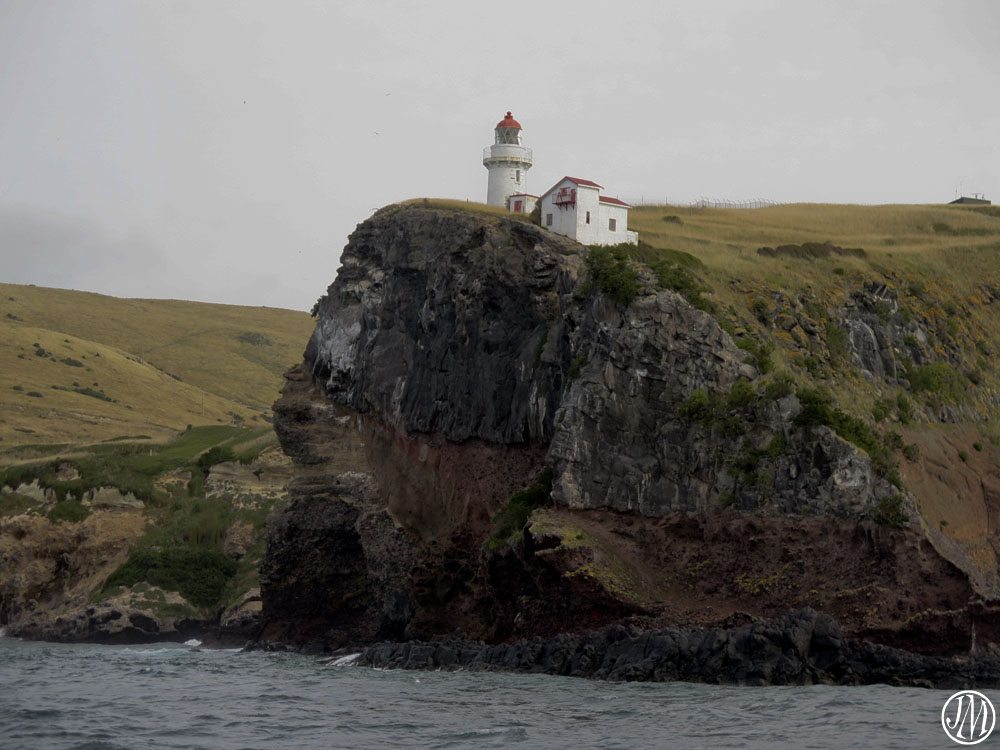 We took a boat ride around the Taiaroa Head lighthouse and viewed seals on the rocks and birds flying overhead. 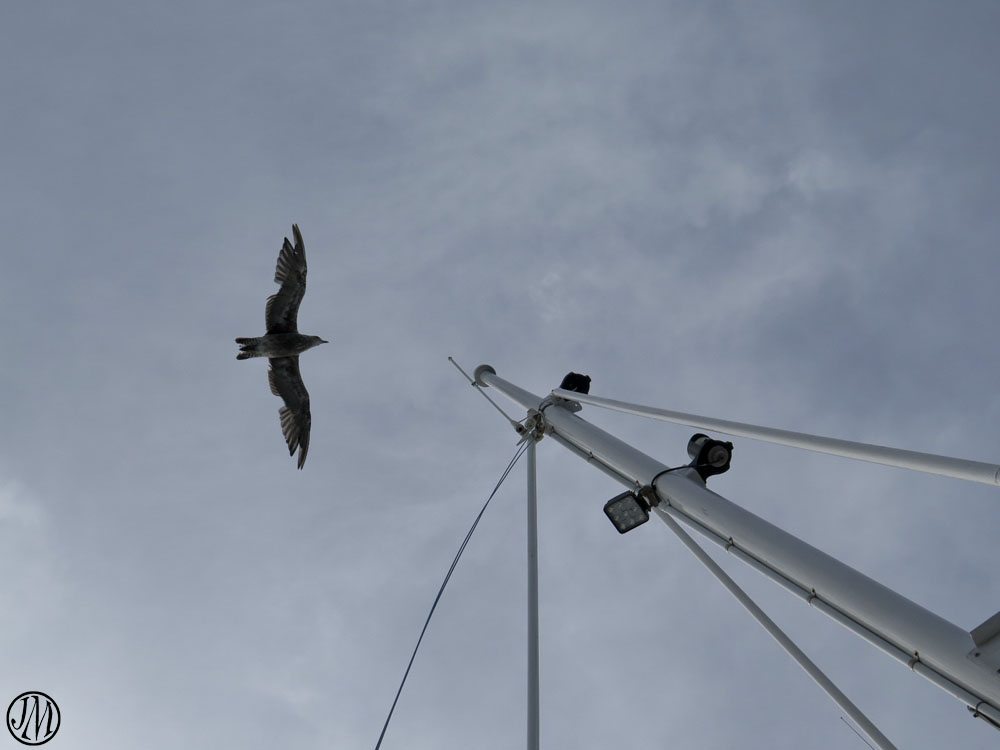 A black shag (a pied cormorant in other parlance) flying over the mast. 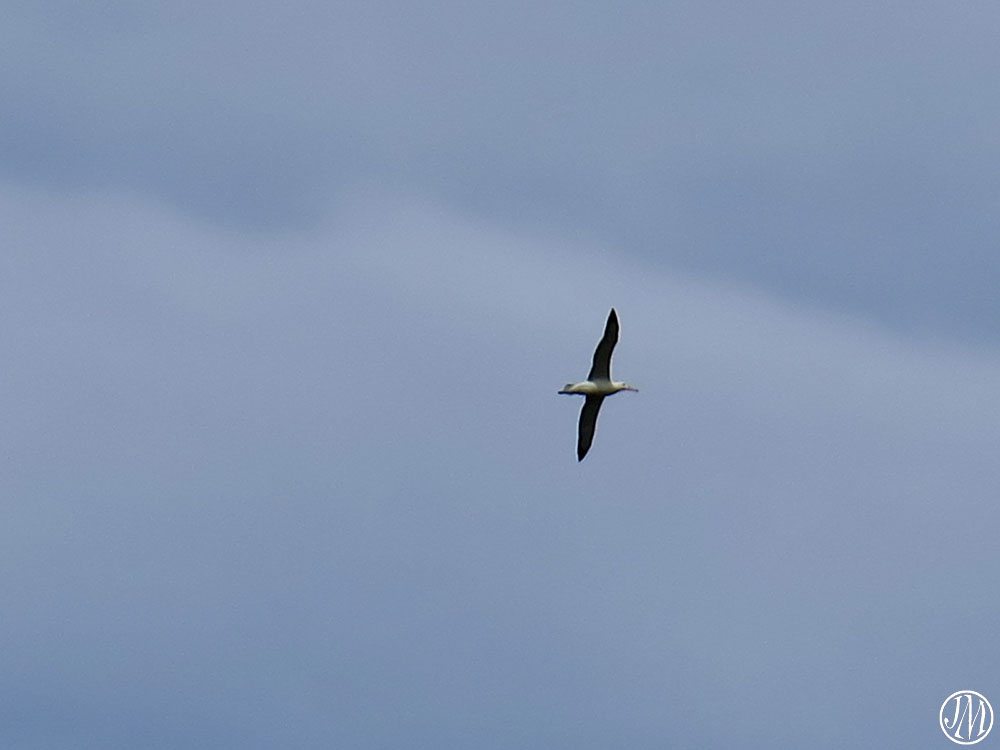 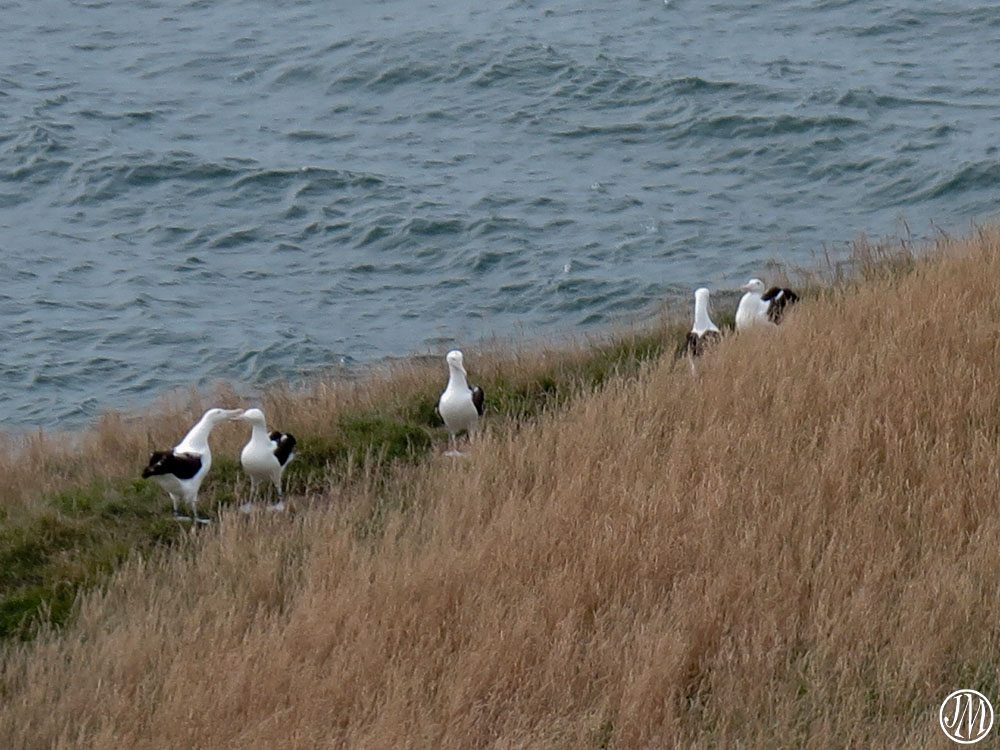 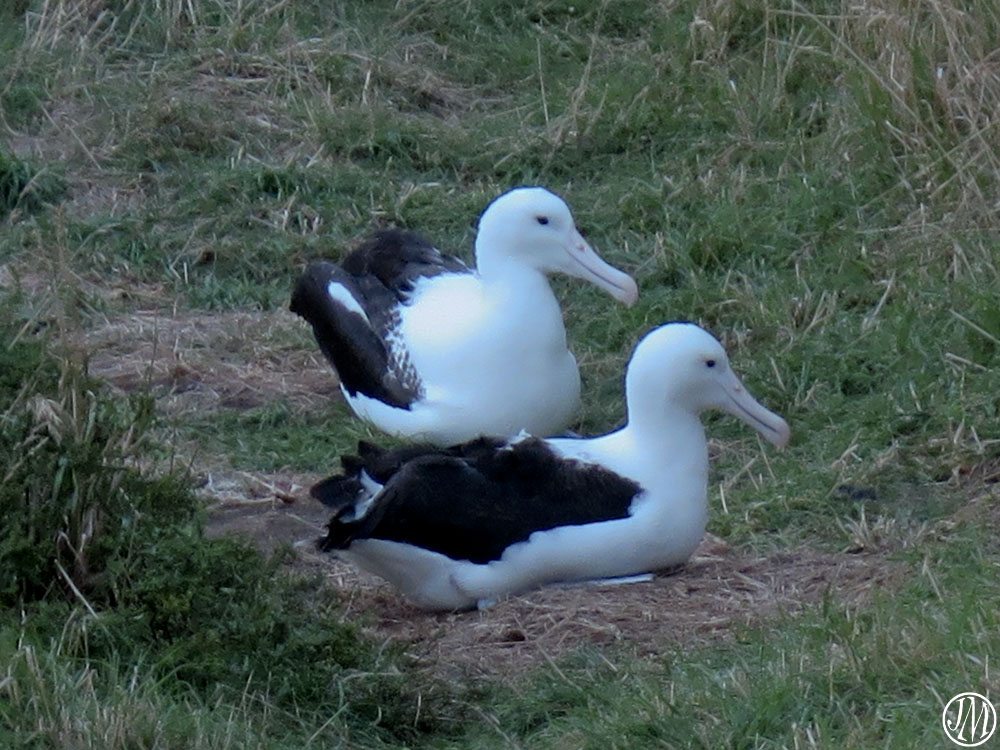 Like so many seabirds, Albatross pairs mate for life 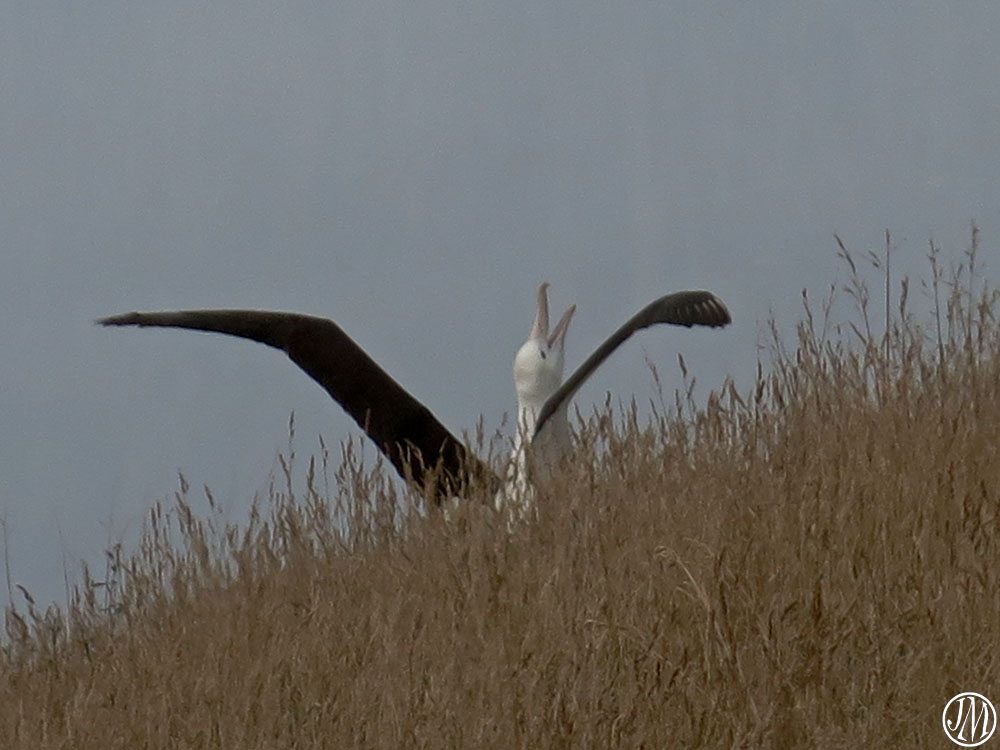 Calling to his mate 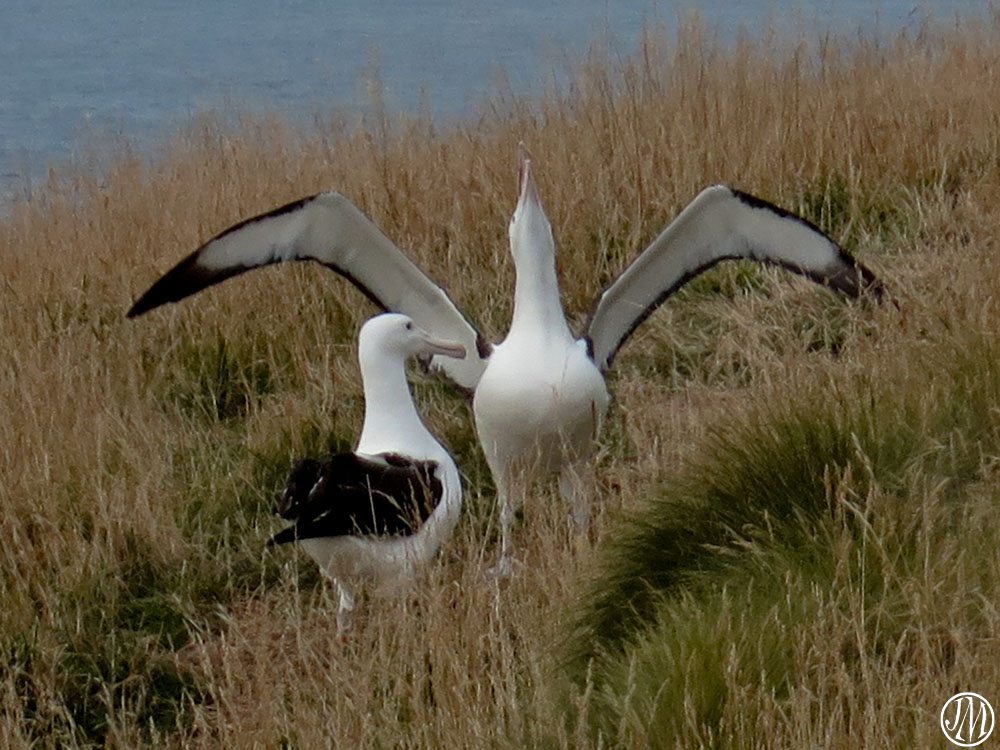 Happy to be home ! 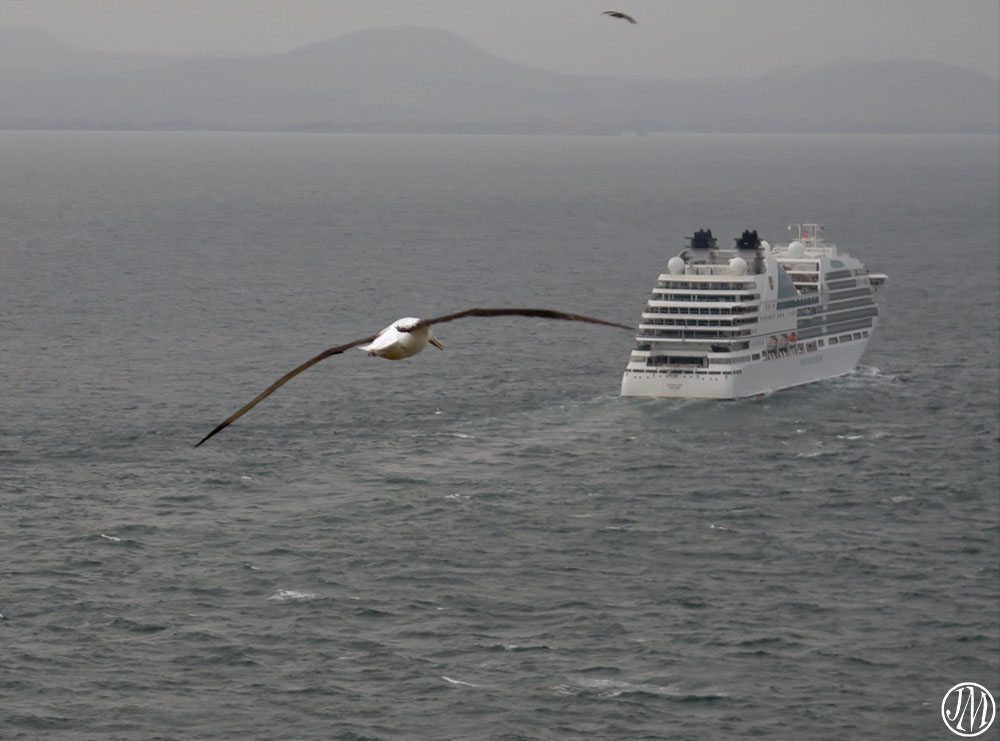 A cruise ship leaving Otago Harbour and being followed by an albatross. 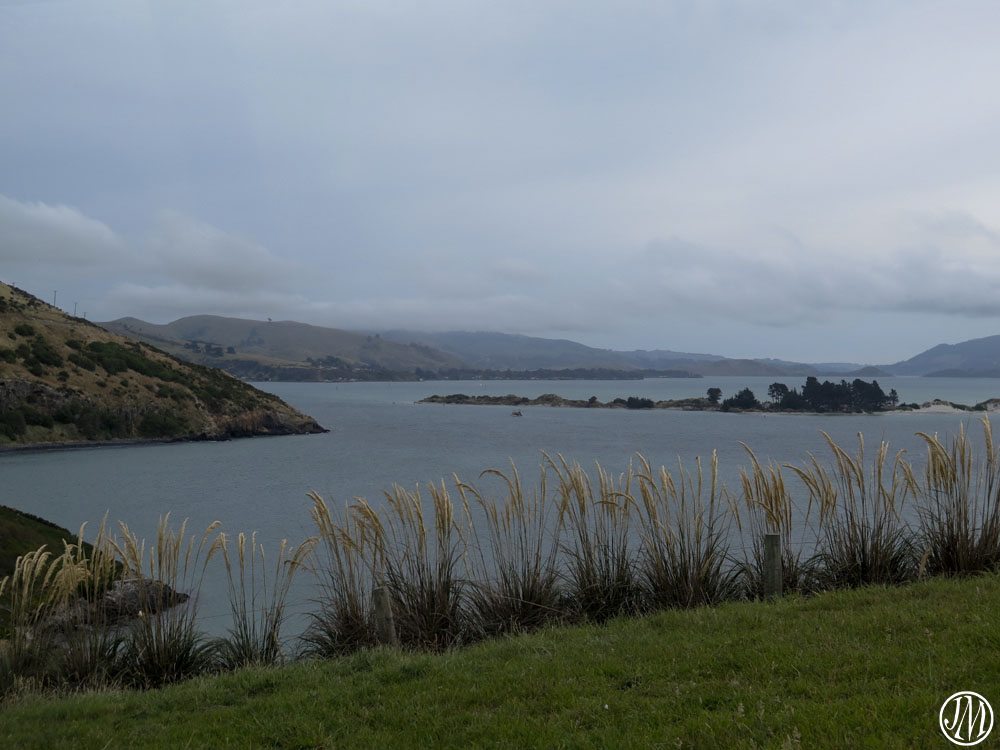 Looking back from the Albatross colony past The Spit towards Dunedin.

After dinner at the Albatross Centre, we went down to a little beach where every evening the Little Blue Penguins come back to their nesting boxes after a day out feeding at sea. 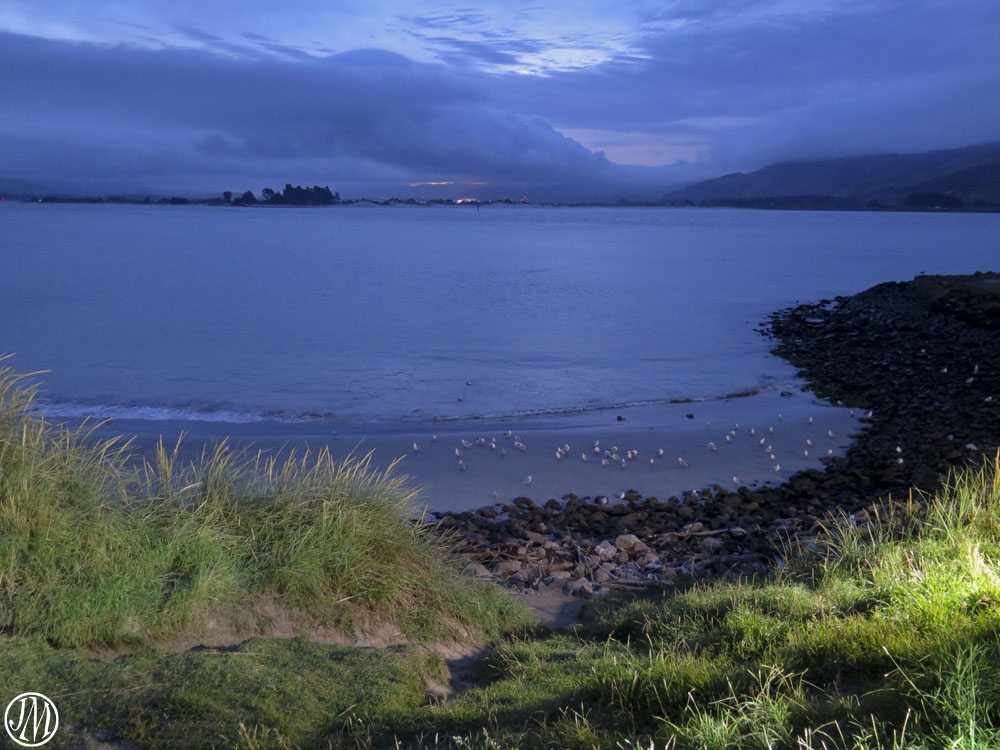 Waiting for the little blue penguins to come ashore with plenty of seagulls strutting. 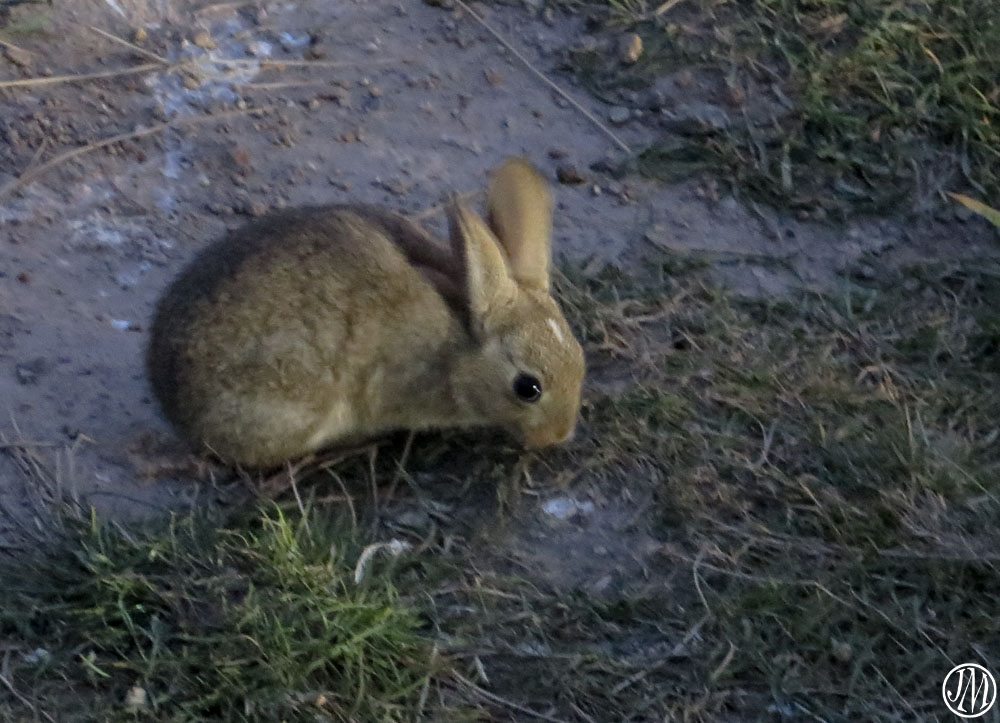 But the first thing we saw was a little brown rabbit, not shy at all. 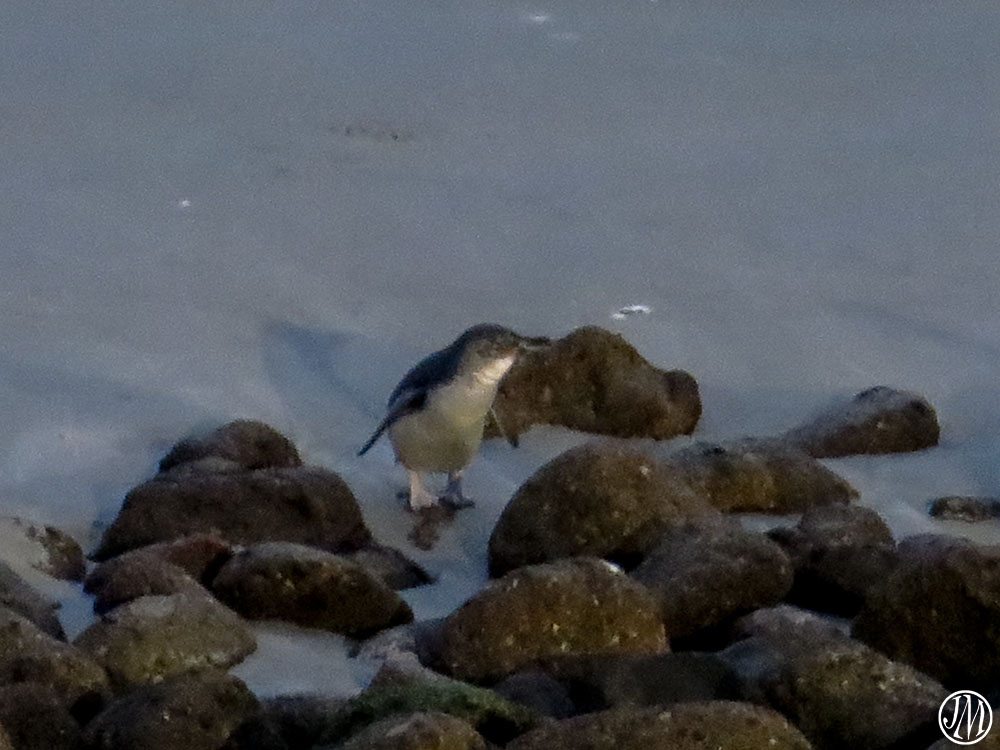 A Little Blue Penguin at the top of the beach after coming ashore. 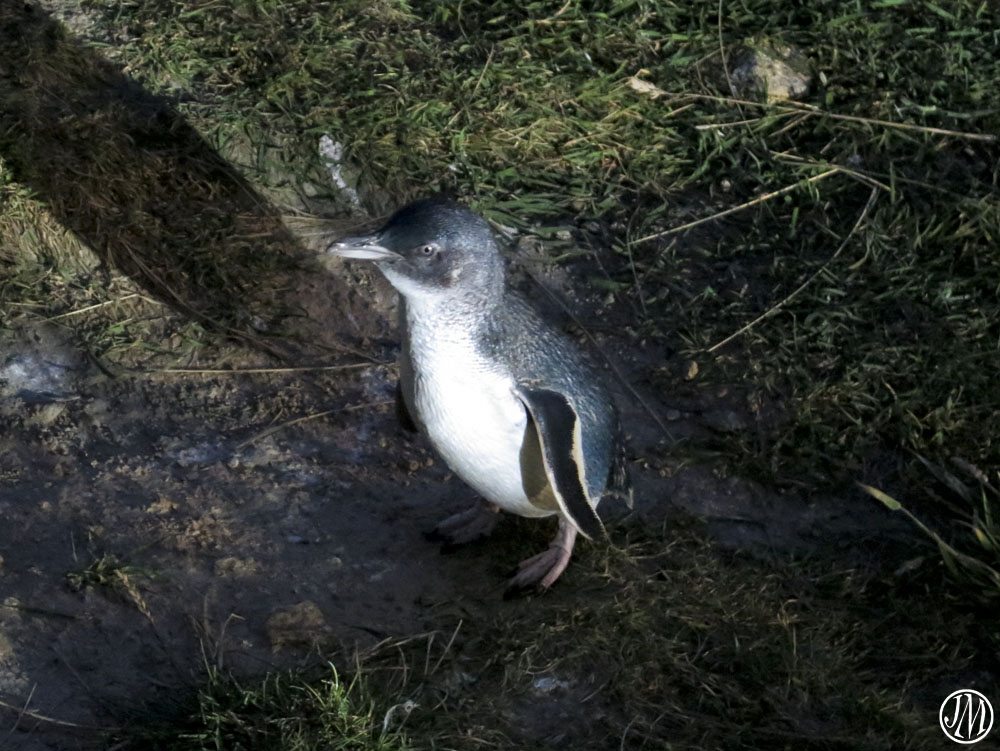 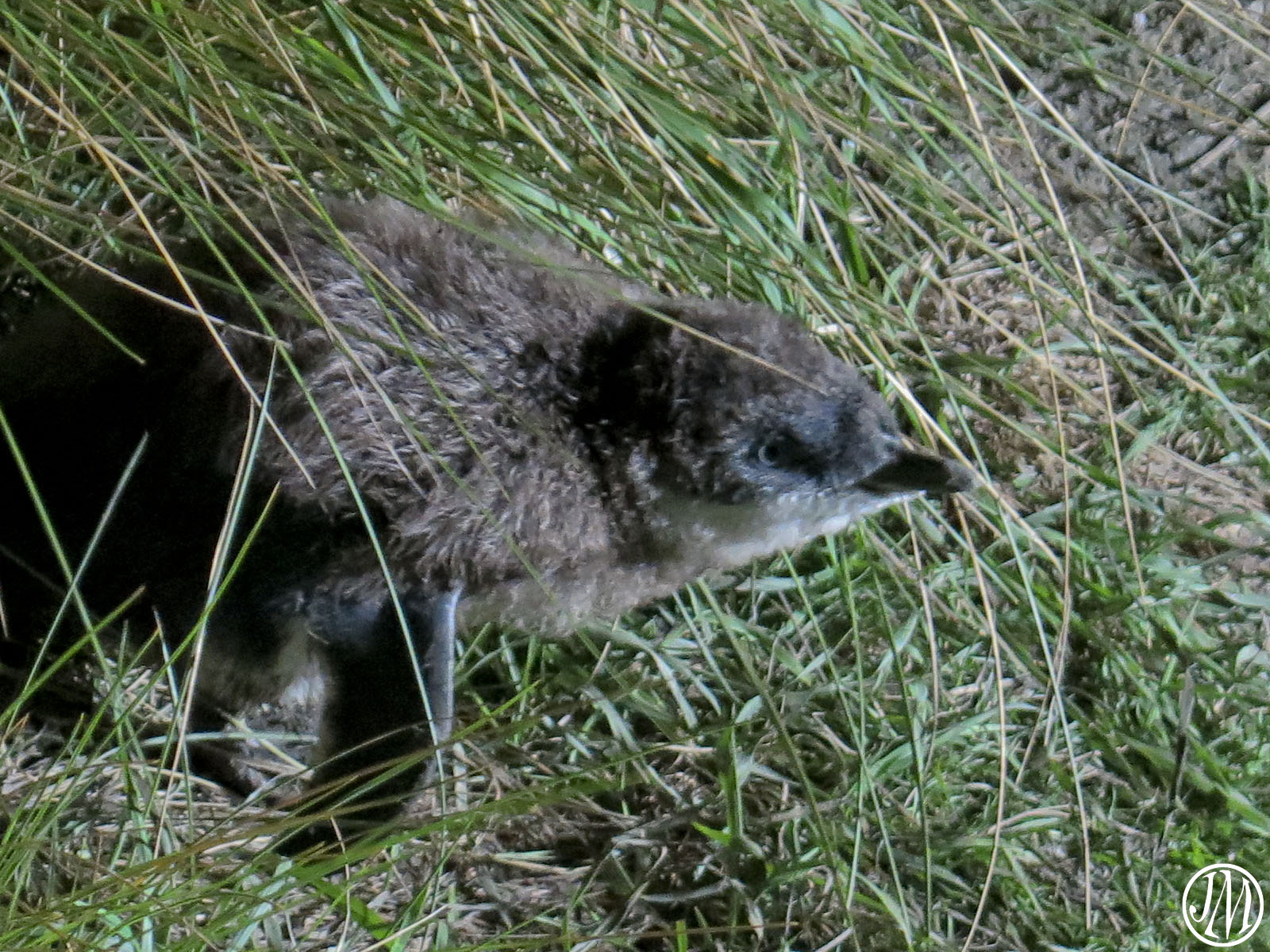 A hungry chick awaits its parents and a good feed, at last. 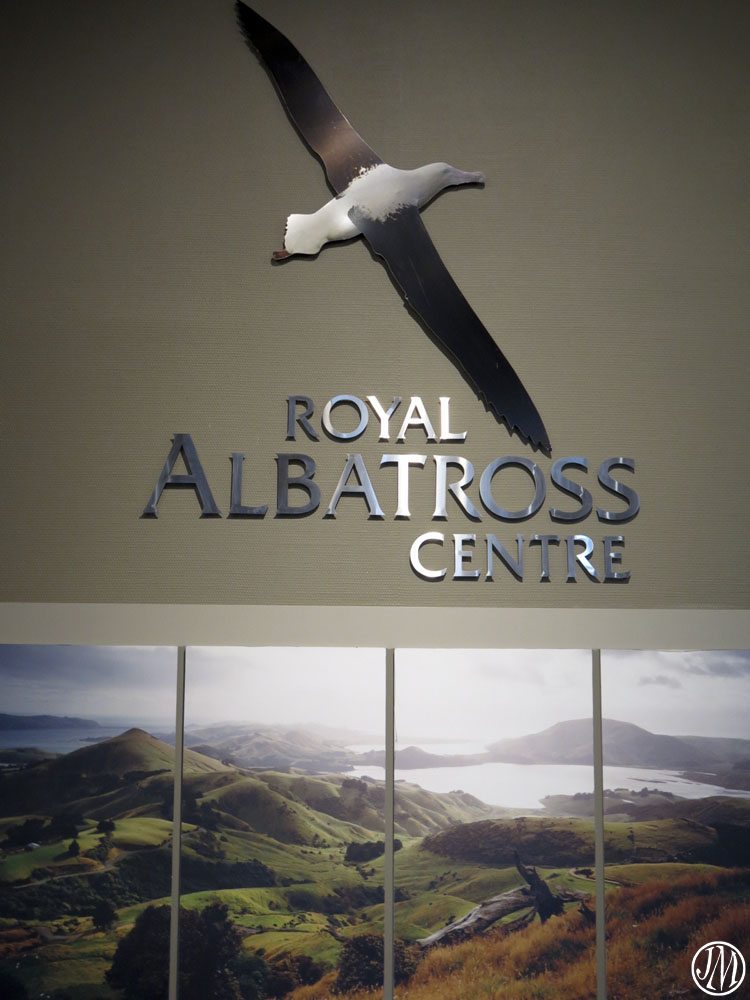 I can highly recommend to anyone visiting Dunedin that a day out on the Otago Peninsula is well worth it.  The scenery, the wildlife and particularly the magnificent Albatross are simply stunning.

In my next blog we travel into Central Otago to Queenstown on Lake Wakatipu and Lake Wanaka.