Leaving Dunedin behind we drove back up the coast as far as Palmerston and then turned inland, driving through the Maniatoto District and then into Central Otago. The colours of the coastlands are more green and as you move into Central, the colours turn to golds and aqua. 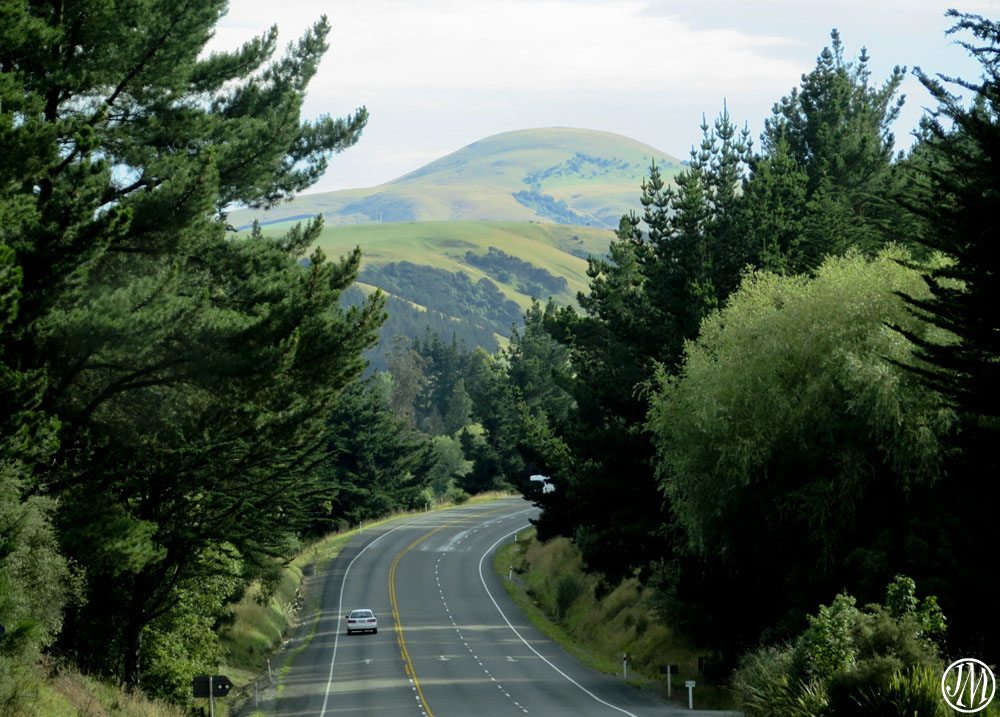 Rolling green hills of North Otago and not a lot of traffic. 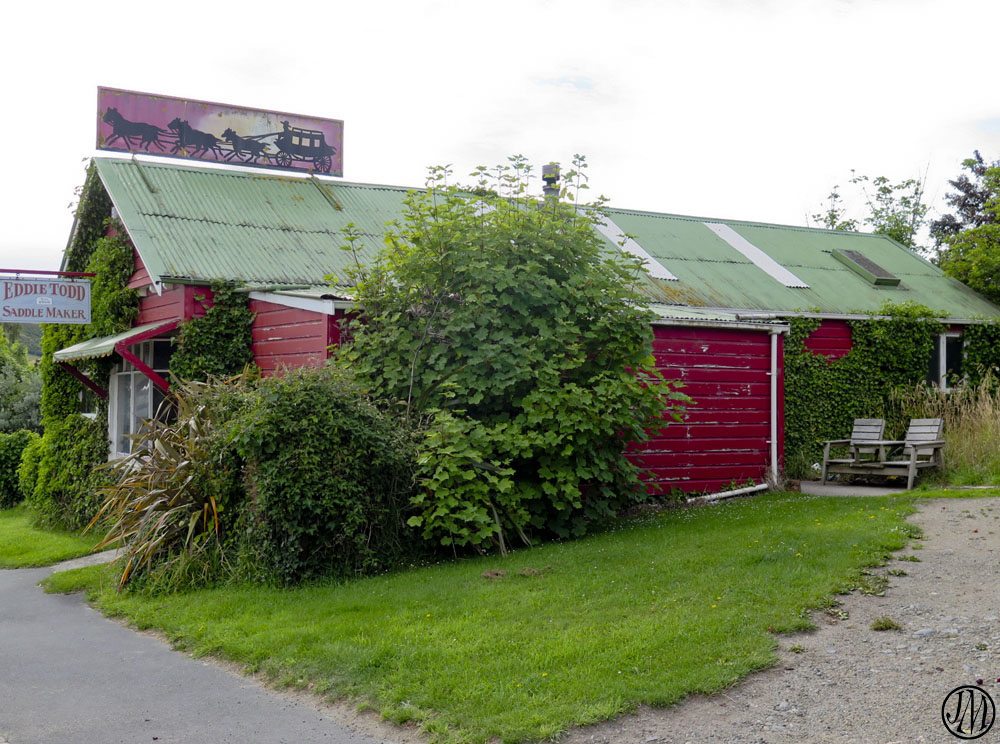 Stopped for breakfast at Waikouaiti, and liked this next door shop – from bygone days. 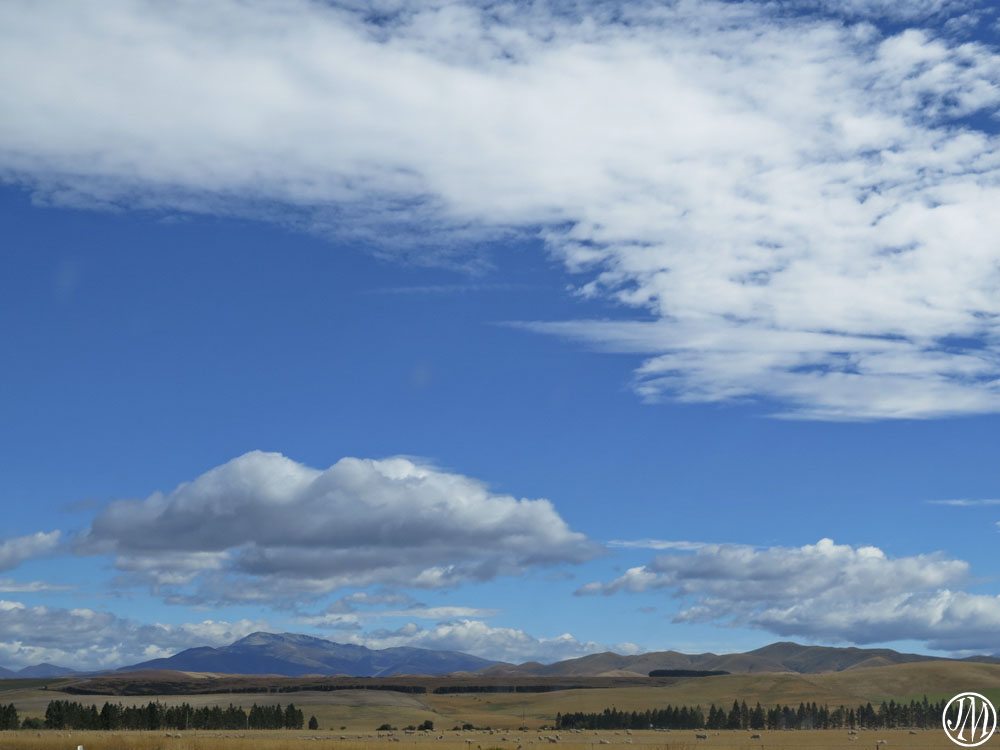 Through the Maniatoto, a land of wide vistas and big, big skies. 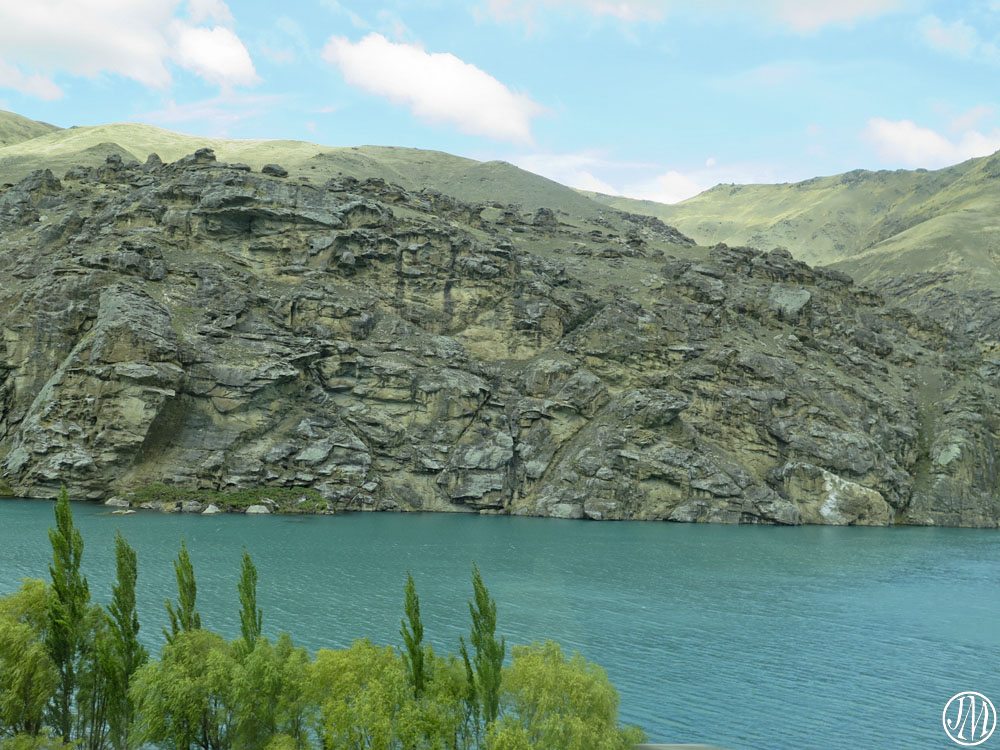 The Clutha River, gouging its way through barren rock walls. 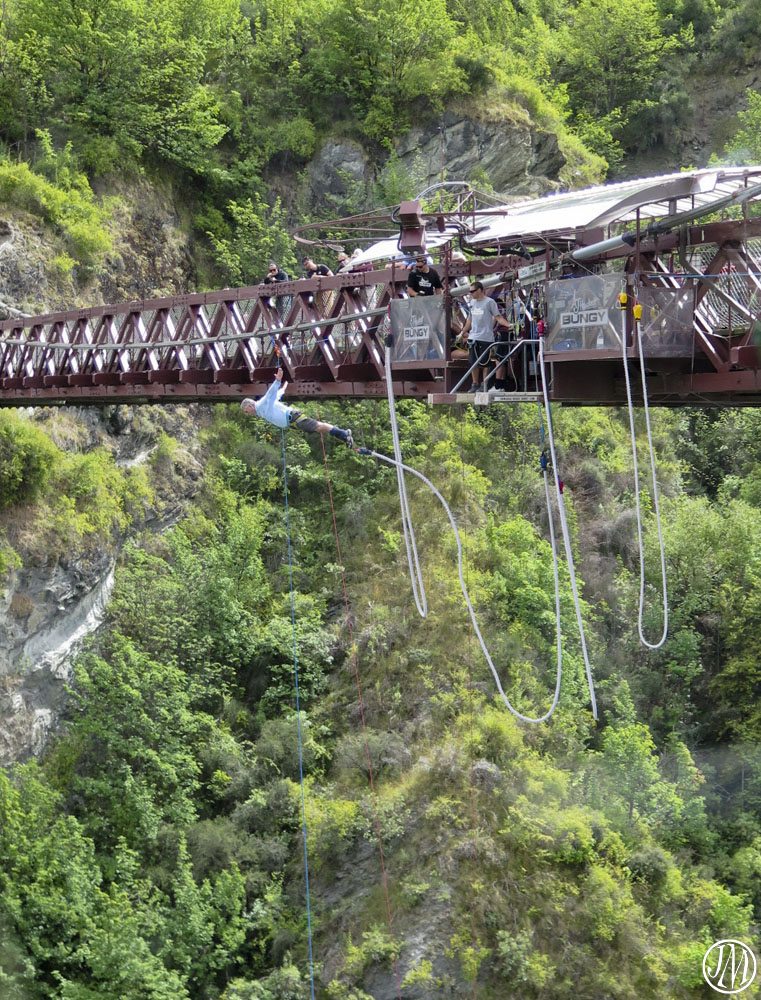 A stop-off at the Kawarau Suspension bridge, the site of the original Bungy Jump of A.J.Hackett. 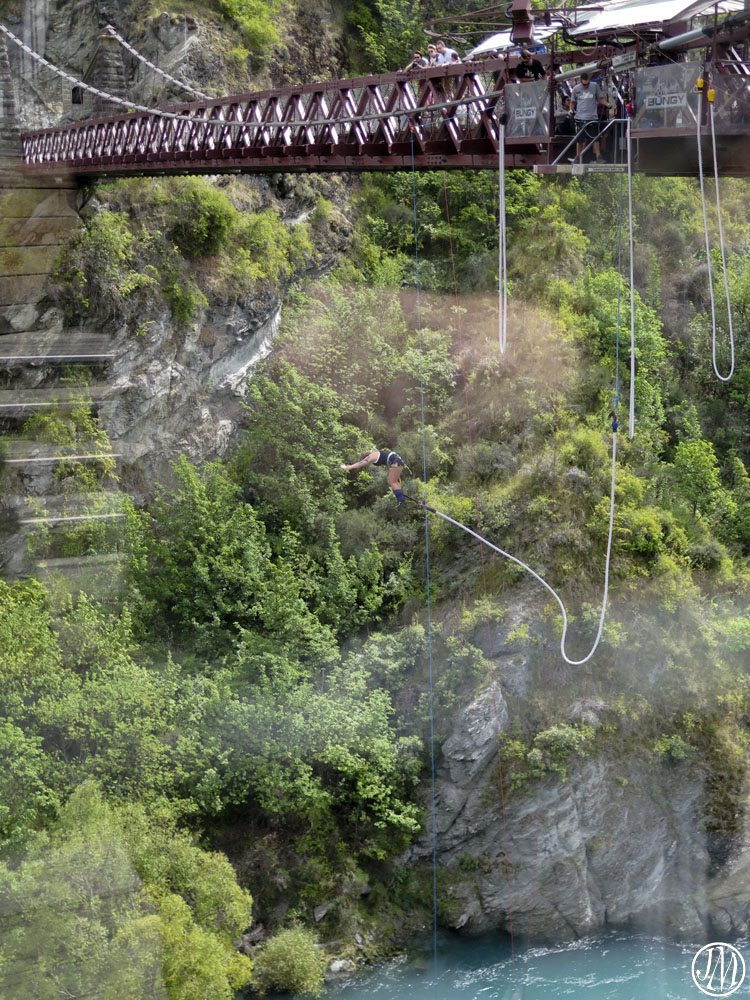 A long way down …

Suspended over the fast-moving Kawarau River … 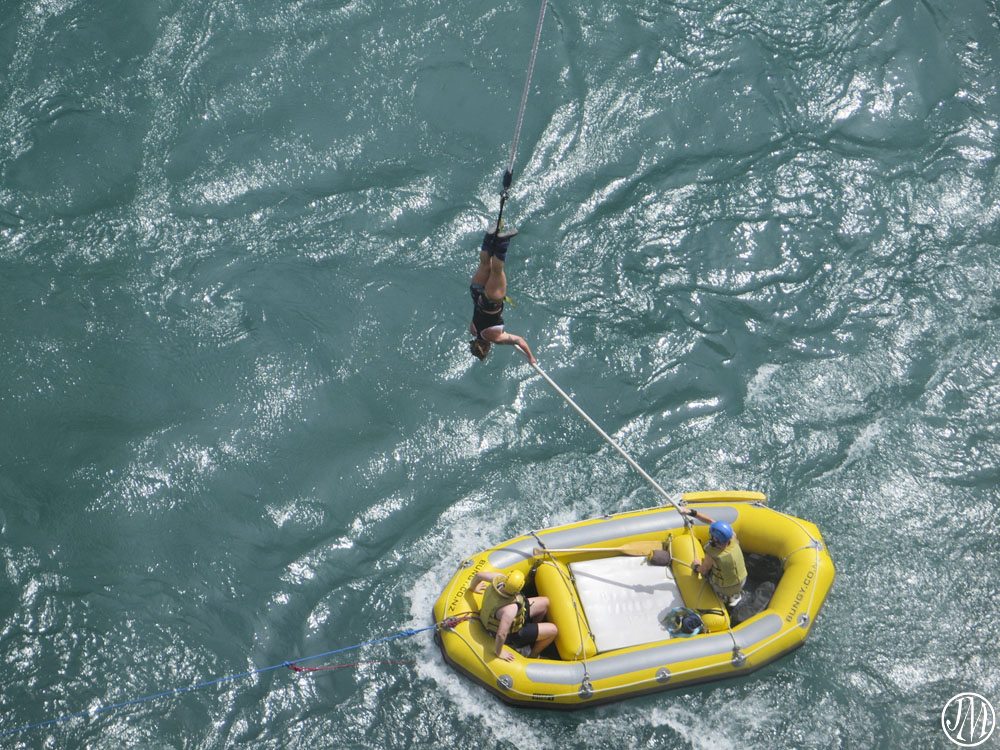 … and the pick up 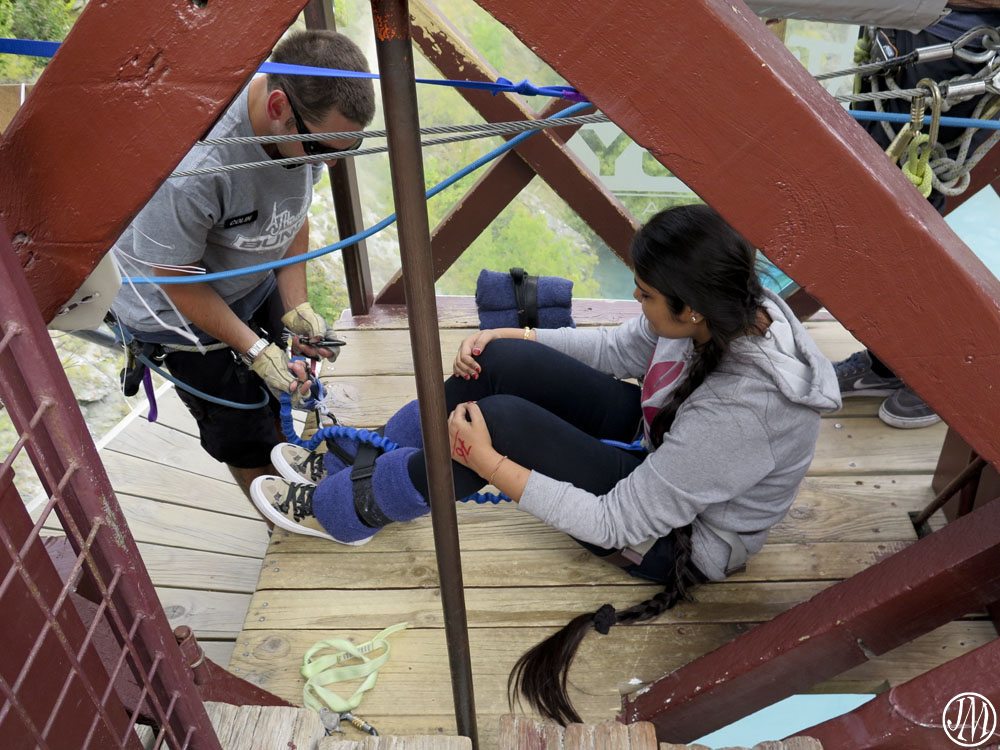 Another brave contender prepares for her jump.

Next stop was an overnight stay in the beautiful Queenstown on Lake Wakatipu.  There is a lovely walk along the lakeshore with some quite spectacular trees, especially the tall Macrocarpa with wonderful curling limbs and a pointed top. 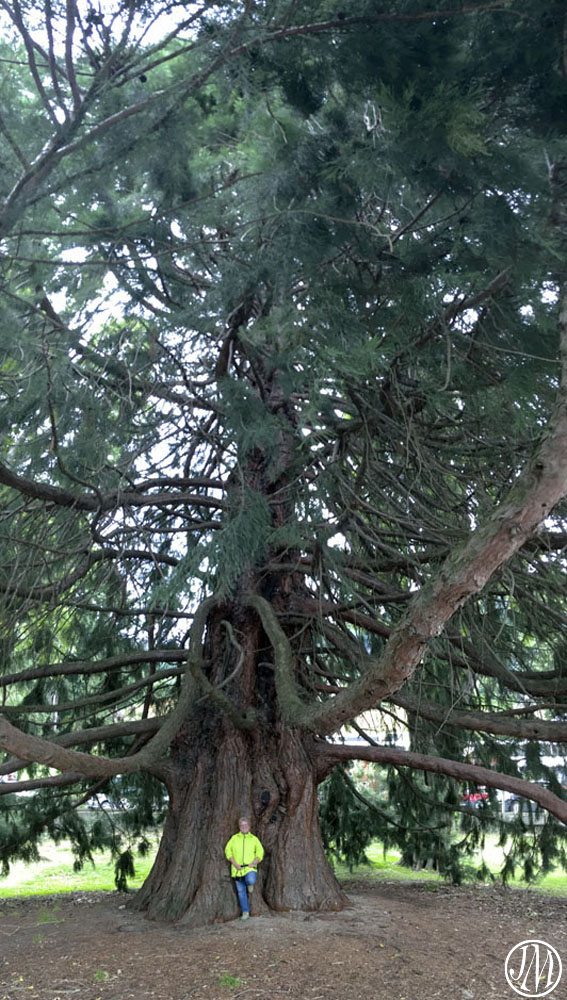 Not a small tree, one of the many Macrocarpas – making me look like a dwarf – along the lake foreshore.

The famous old steamship Earnslaw setting off on an evening trip with the Remarkables behind. 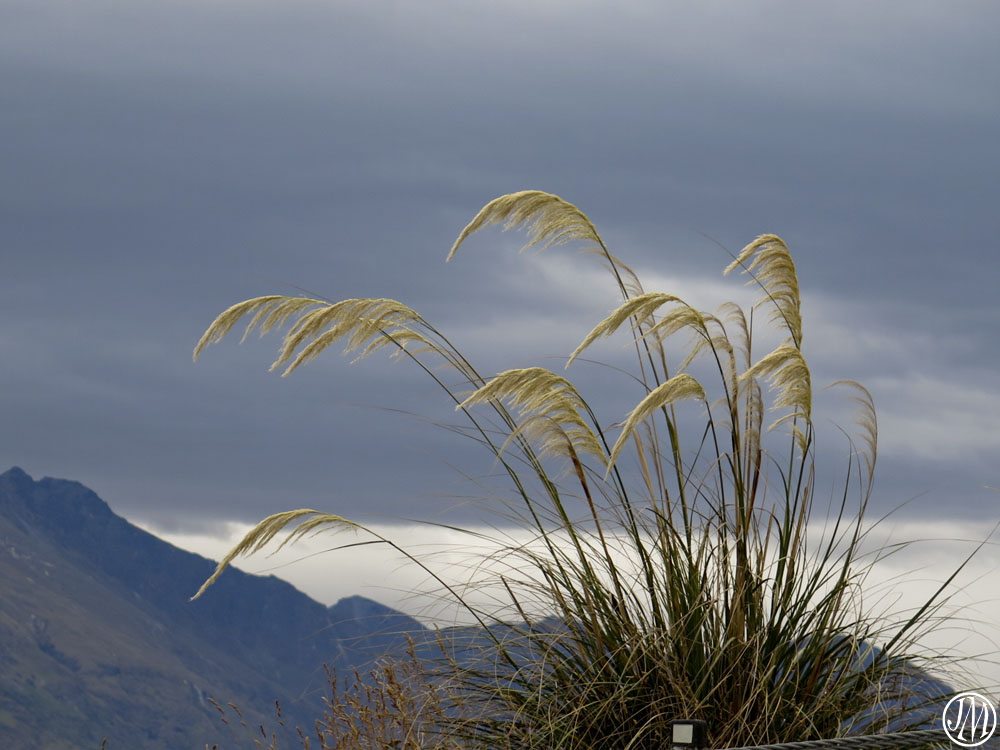 The following day we experienced the fabulous ‘Dart River Jet Boat Tour.’  Picked up by a small bus, we were driven along the east coast of Lake Wakitipu to the small town of Glenorchy at the top of the lake.  Although a little cloudy when we left, the day cleared and we were treated to wonderful views of the snow-clad mountains. We then transferred to a Jet boat and were whizzed up the Dart River at speeds reaching 60 kph, and not a few thrilling 360 degree turns. The Jet boat was developed by a NZer by the name of Hamilton to ply the shallow gravelly river of the South Island and can manoever in only 6cm of water. 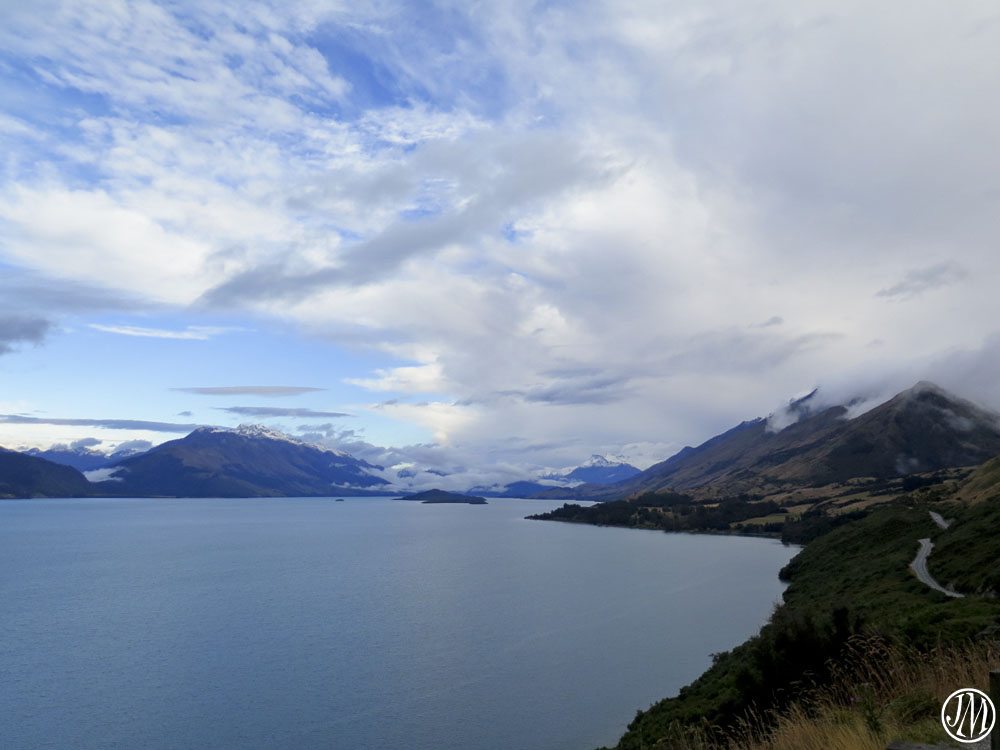 The road to Glenorchy 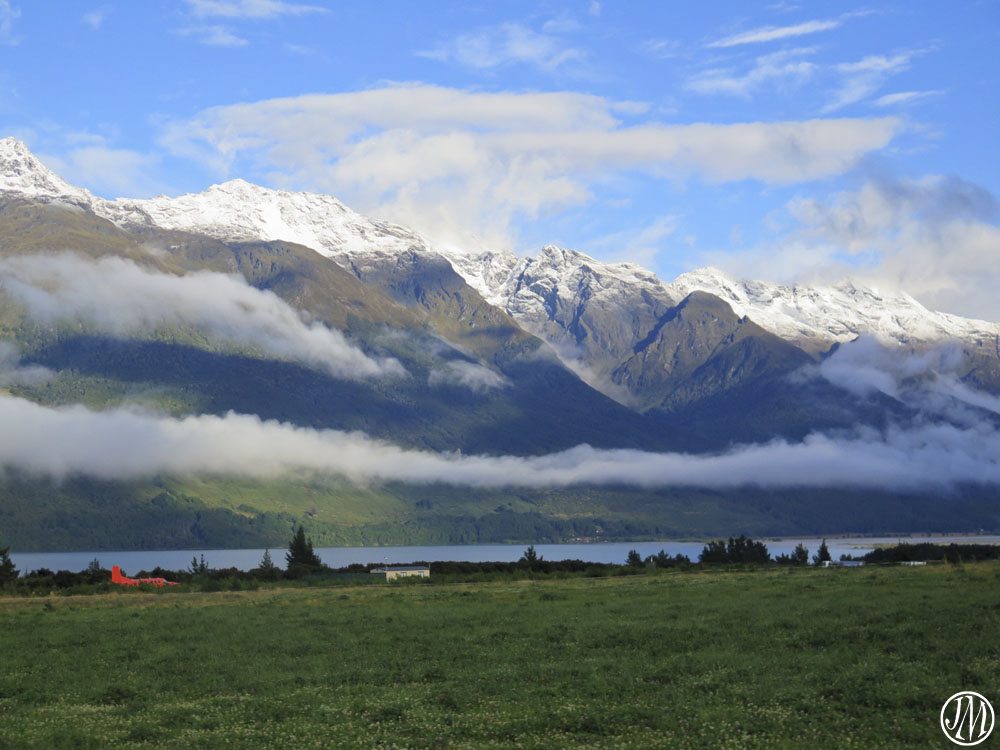 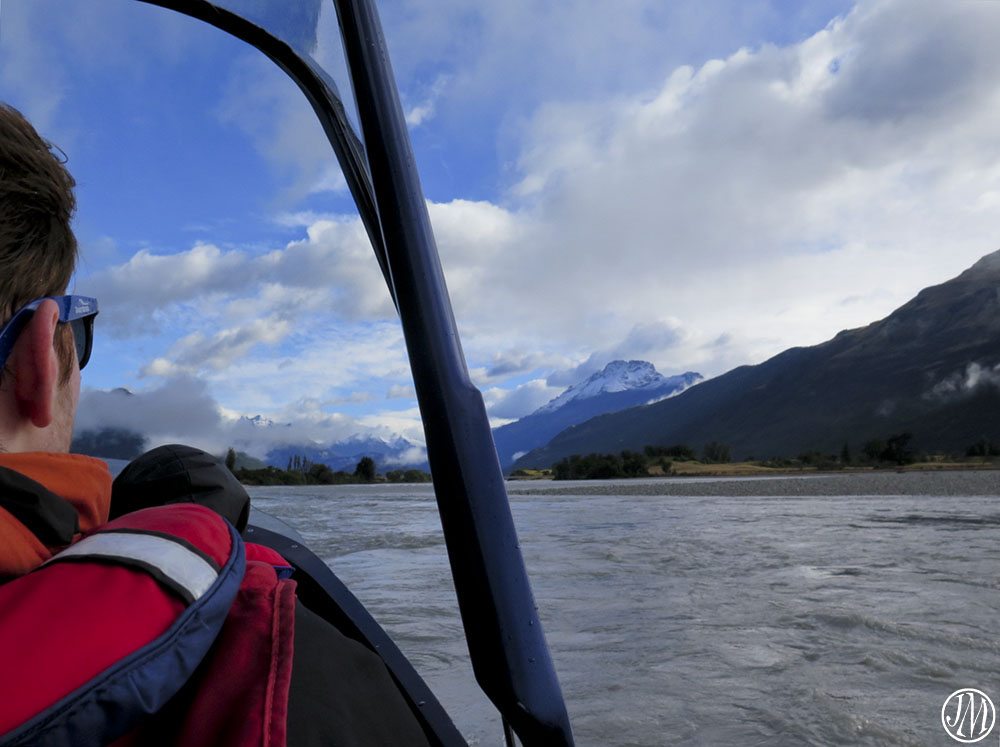 Heading up the river by jet boat, well clad with raincoats and life jackets against the spray and any potential mishaps 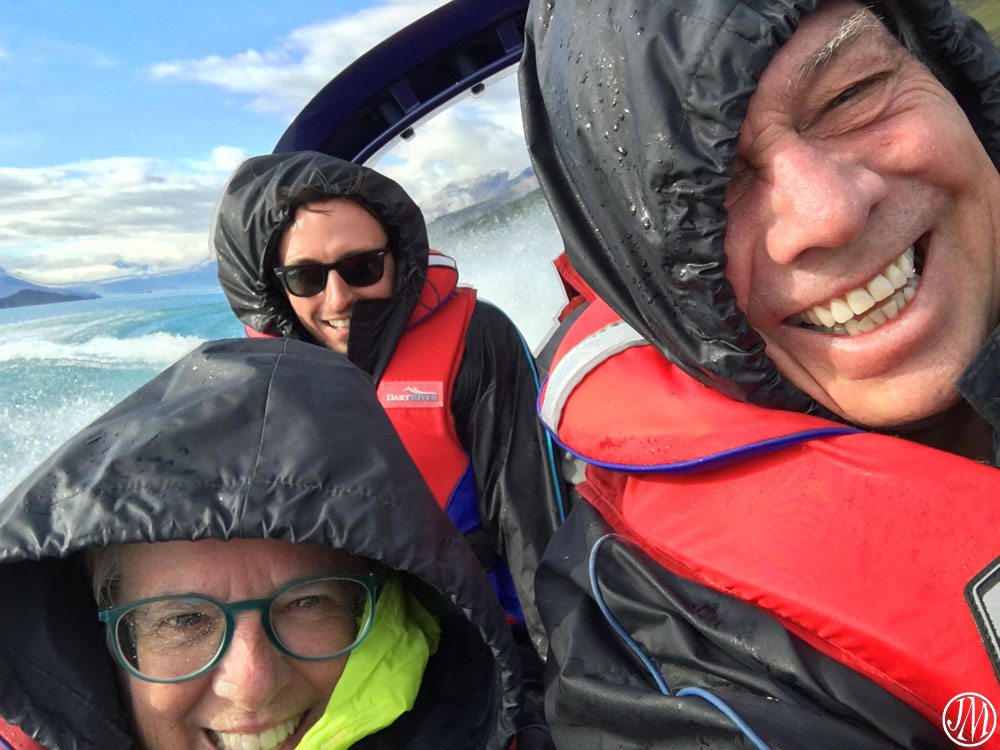 Fun, fun, fun and not a little covered in spray 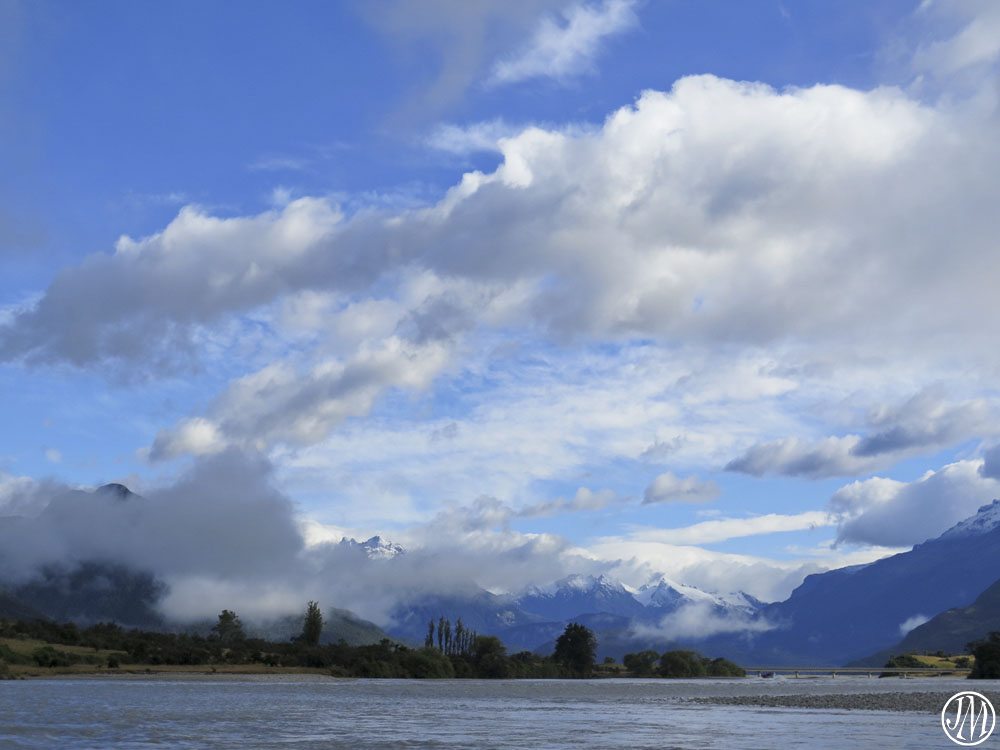 Beautiful sights either side of the broad expanse of the river, with the mountain emerging from the clouds 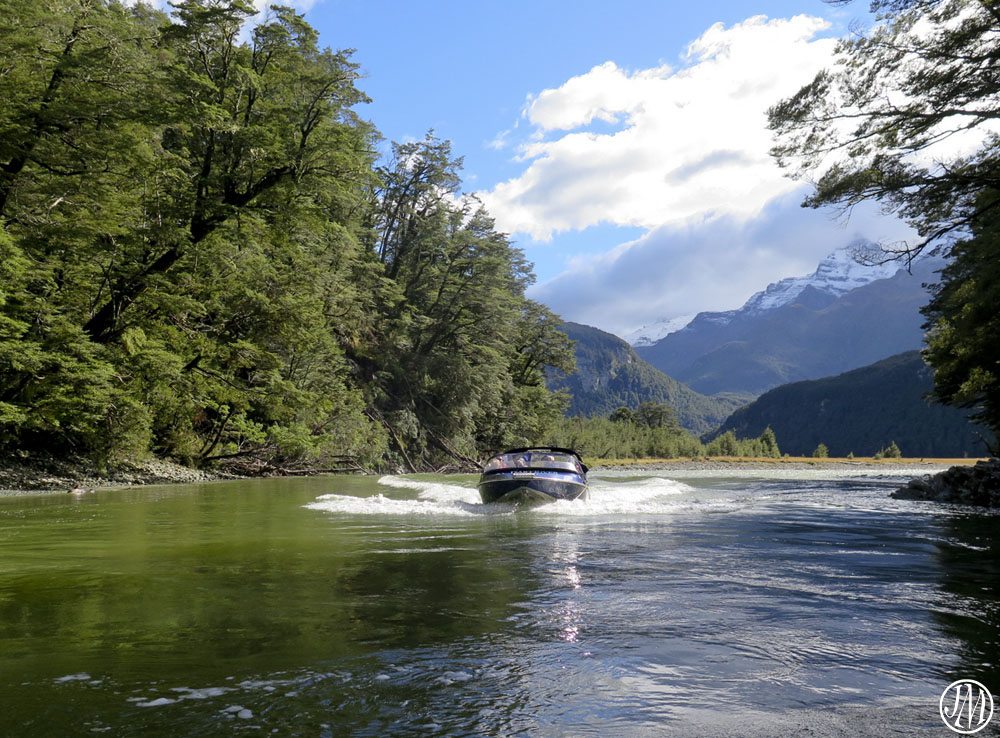 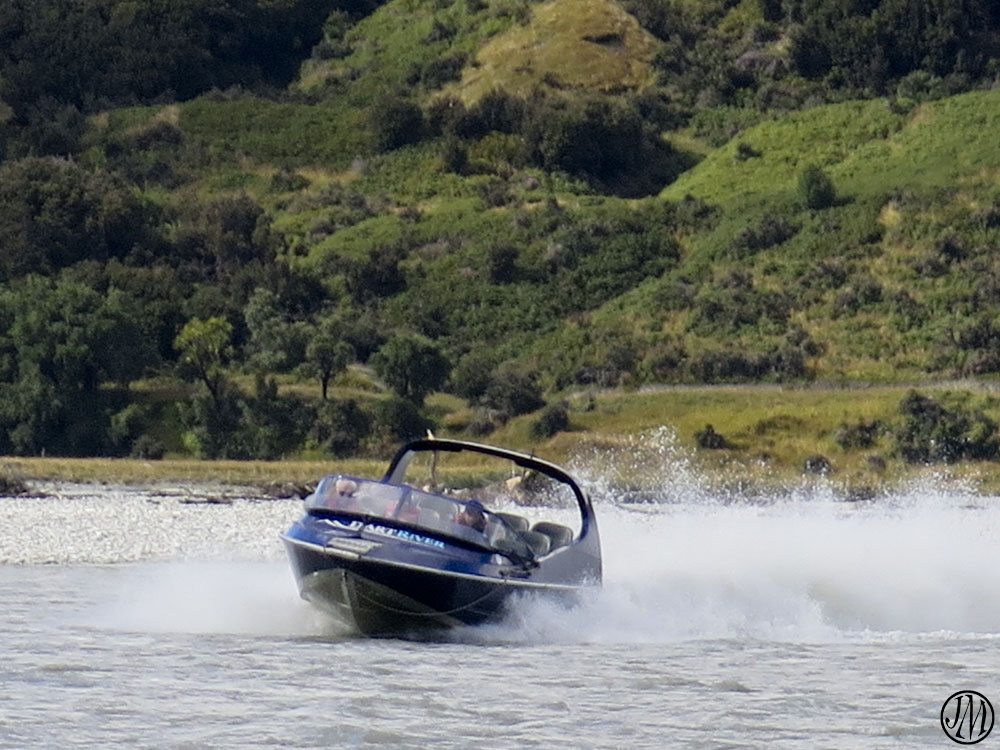 And another one, this one going at full speed, the tourists hunkered down.

Forty km up the river we disembarked and climbed on board a bus to take us to some native beech forest for an interesting walk to see the trees, and learn a little of the nature of the area. 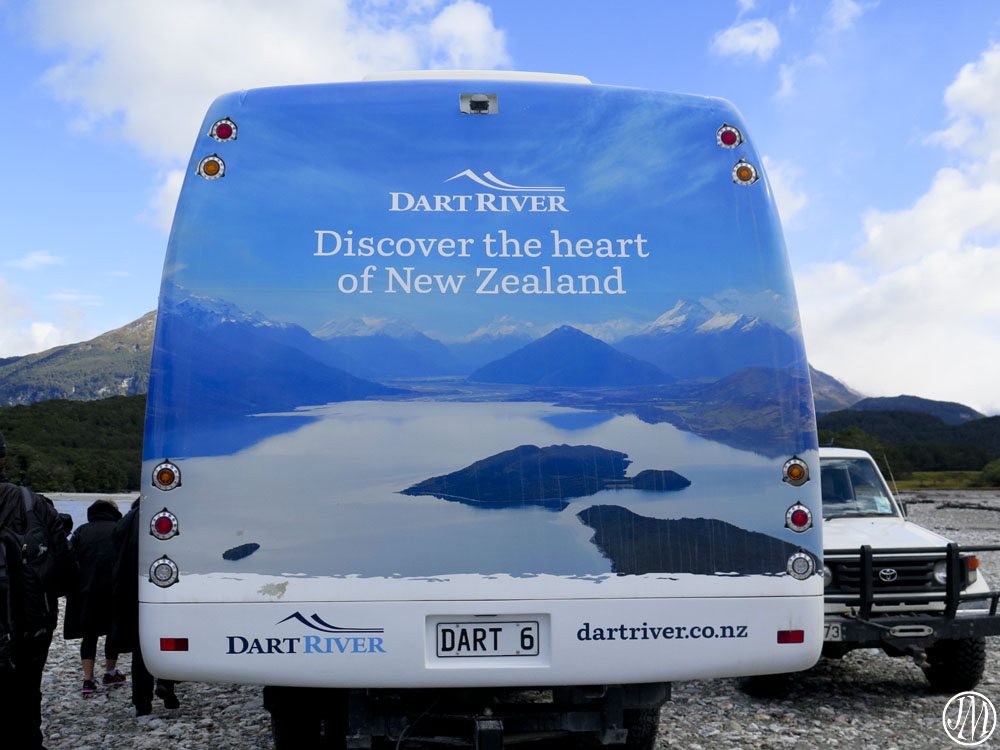 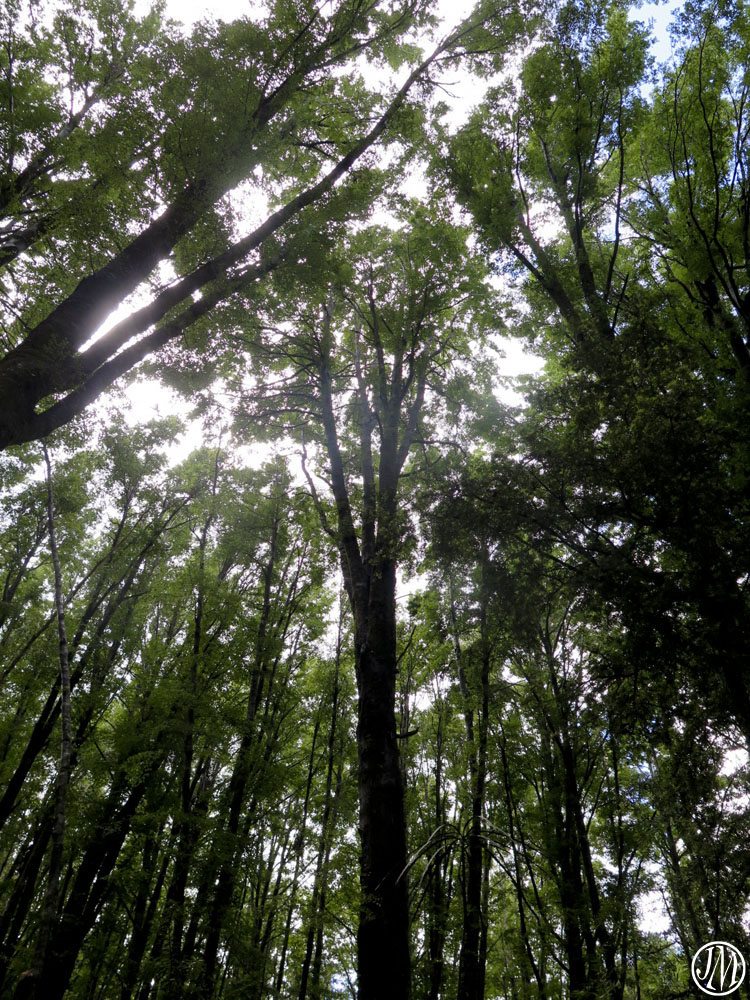 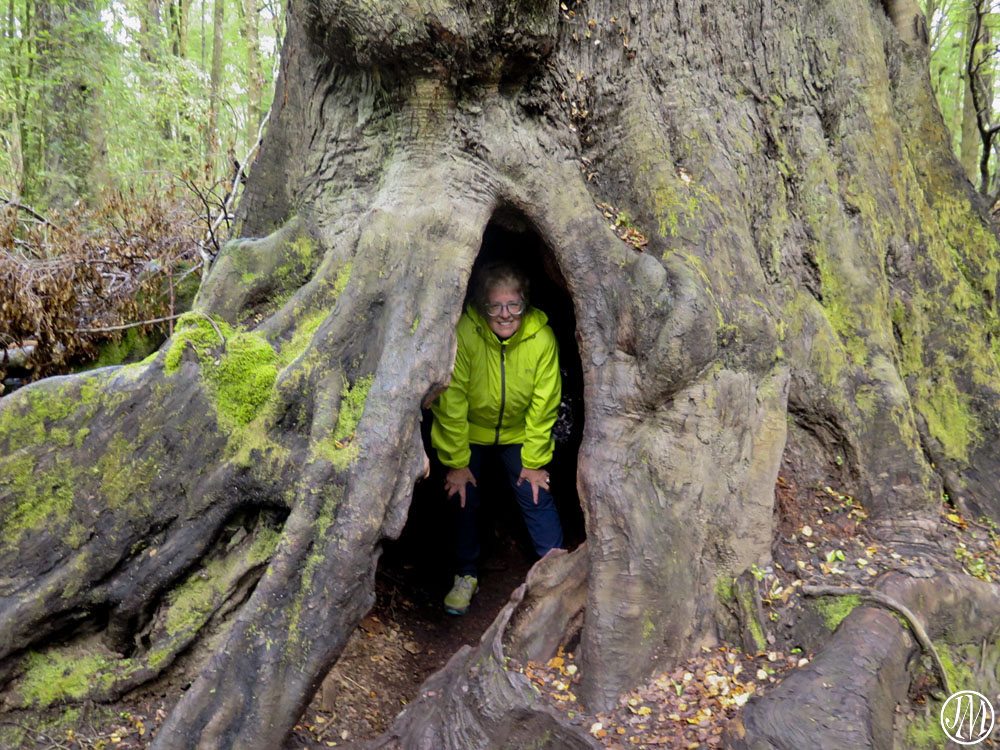 Some of the trunks hollowed out and big enough to camp inside, if you didn’t mind the spiders … 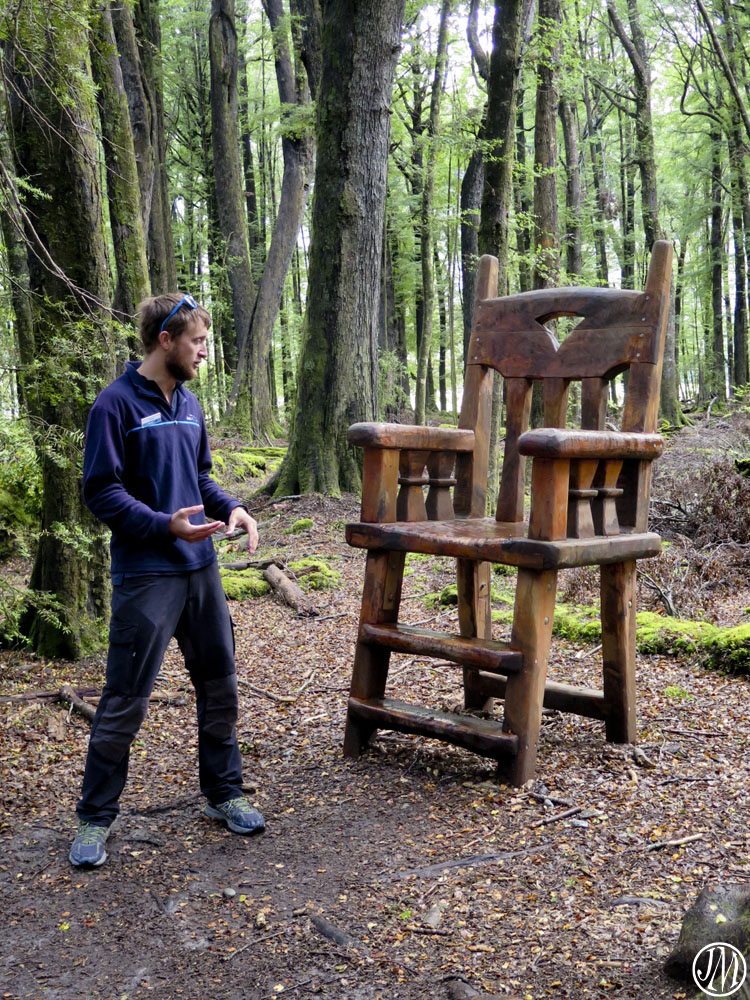 One of the chairs used in the movie ‘The Hobbit’, guaranteed to make anyone look small 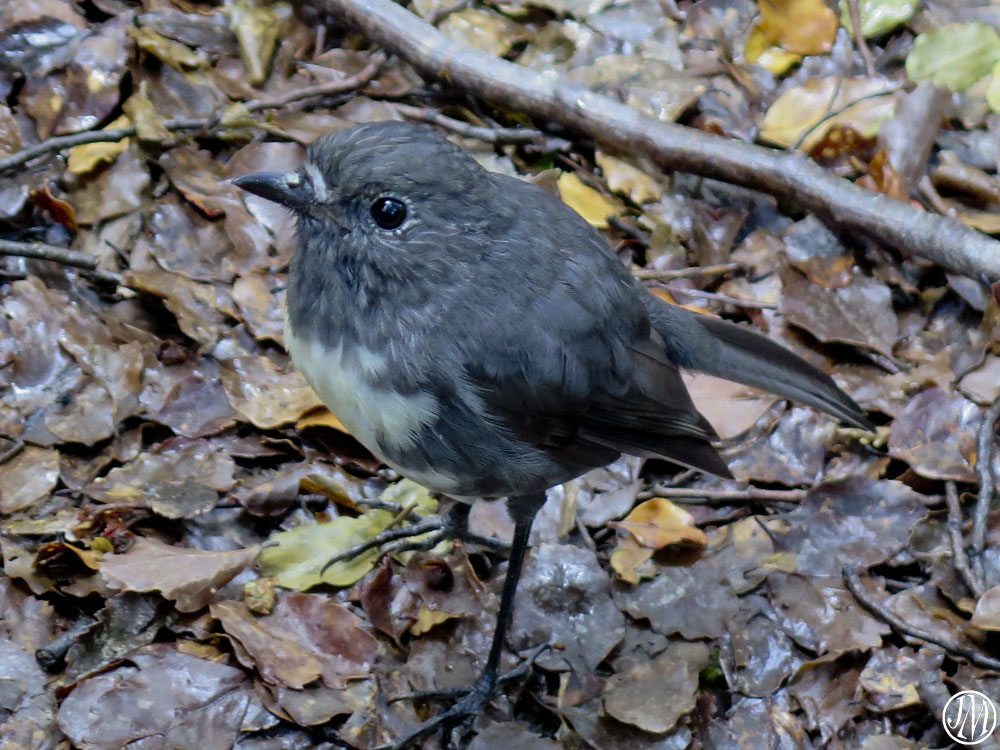 This friendly little chap followed me around – does anyone know what kind of bird it is? 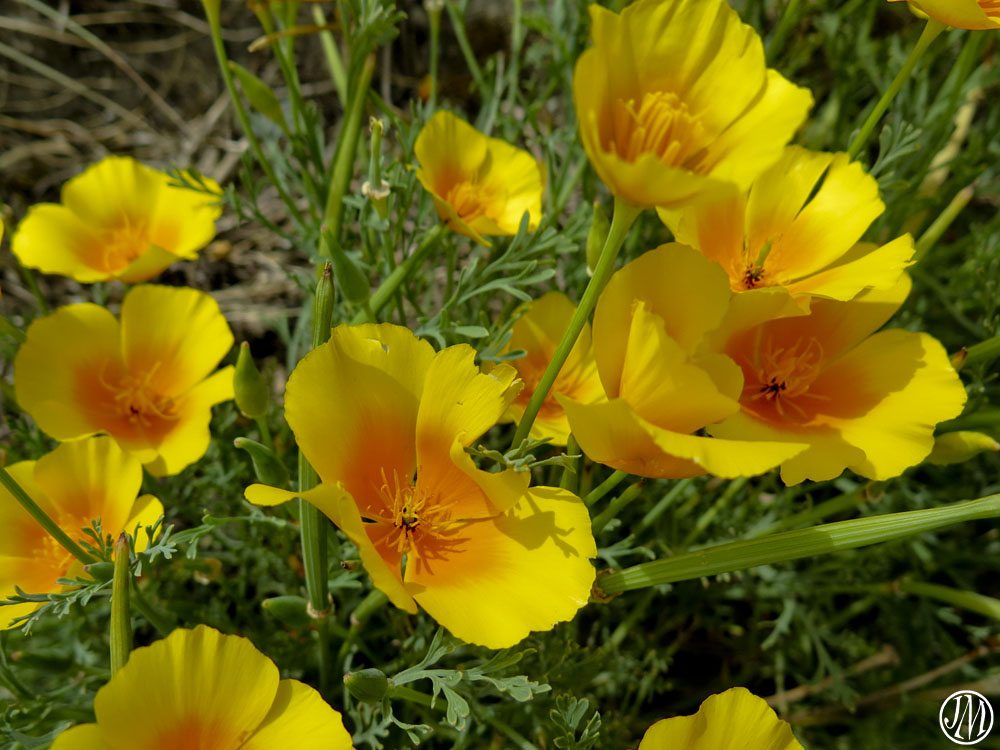 The next blog will take us to the shores of Lake Wanaka, a visit to the Toy and Car Museum and a flight over the Southern Alps and Mount Cook.