“Long hidden from the outside world, but now increasingly open to travelers and entrepreneurs, Myanmar is “quite unlike any land you know about,” as English author Rudyard Kipling once famously wrote.

I consider myself fortunate to have been able to live and travel in this fascinating country for four years, from 2002-06 and again for several months in 2013, and I continue to visit frequently.

The country’s ancient history, deep cultural traditions, and extraordinary landscapes all contribute to captivating those who travel there for the first time or those who return to seek out new places and experiences. The great Ayeyarwady River which stretches from the far north to its braided delta in the south passes through mountains and valleys, across plains and rolling farmlands, enriching the land and serving as a transport route for cargo and people alike. Ancient ruins, cities, towns and villages line its path, and everywhere you go there is ample evidence of a people following age-old traditions but equally now embracing the modern world. The west coast boasts beautiful beaches, throughout the country are temple complexes and religious monuments, and everywhere, are smiling and charming people who delight in sharing their heritage with visitors.” Joanna MacLean 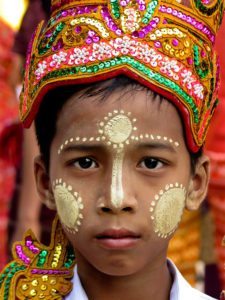 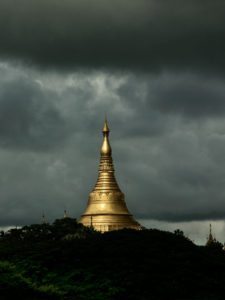