Zanzibar is a Tanzanian archipelago off the coast of East Africa. On its main island, Unguja, familiarly called Zanzibar, is Stone Town, a World Heritage site, an historic trade center with Swahili and Islamic influences. Its winding lanes present minarets, carved doorways and 19th-century landmarks such as the House of Wonders, a former sultan’s palace.

The location of the island off the east coast of Africa made it attractive to traders for thousands of years since perhaps the First Century AD with Persian, Arab, Indian, Malaysian, Indonesian and Chinese traders using Zanzibar as a base for voyages between the Middle East, India, Asia, and Africa.

The Portuguese and then the English took their turn at colonising the island, but later it came under the influence of Oman and became the Sultanate of Zanzibar and for some years was even named as the capital of Oman in the place of Muscat.

The islands are famous for their spices and in particular the high-quality cloves, vanilla, turmeric, cumin, and ginger. The northern villages Nungwi and Kendwa have wide beaches lined with hotels.

In April 2018, I spent a few days in Zanzibar, first in Stonetown and then at Nungwi Beach prior to my longer visit to Madagascar.  I loved the winding streets and little shops of Stonetown, the friendly merchants and children, and the delicious fish dishes, made from the daily catch.  At the beach, I relished long morning walks and a snorkelling trip to sandbanks and reefs. 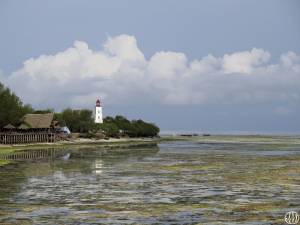 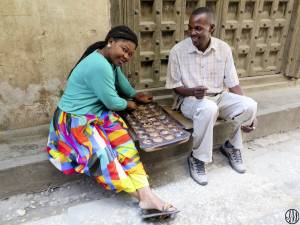