The last destination on our road trip was Auckland where we had three full days to explore and enjoy the city and surrounds. I had thought to just do one blog, but decided that Auckland city deserved its own story as does the wonderful island of Waiheke where we spent a lovely day meeting new friends, exploring the island and enjoying a delicious lunch and wine tasting.

I haven’t posted many photos of the scenery of the North Island as we were more doing the cities, wine-tasting and cultural programmes but, like the South Island, the scenery as we drove from place to place was lovely, with rolling hills and big skies. 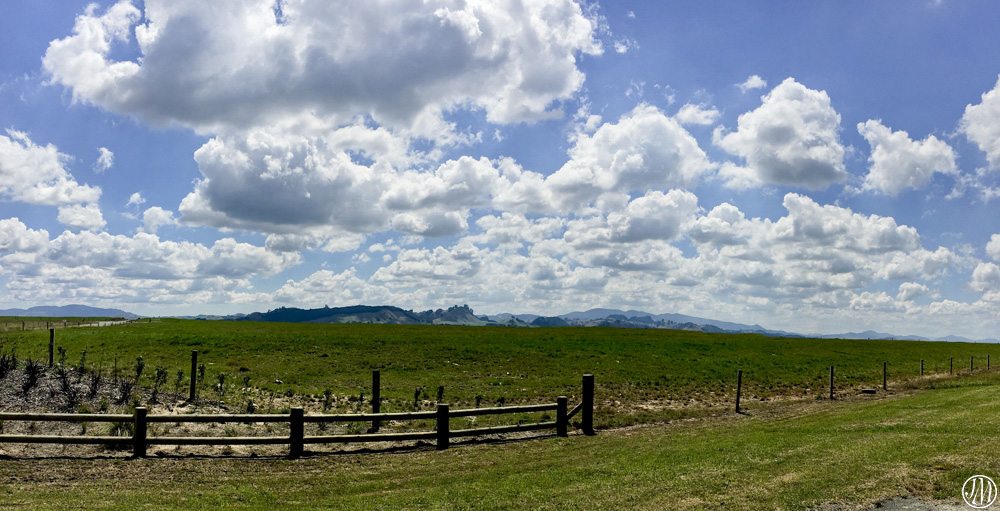 On the road between Rotorua and Auckland. Wide open country and big skies.

So, this blog will be just about our brief couple of days in Auckland, popularly known as the ‘City of Sails’ as, with approximately 135,000 yachts and launches registered, that means that about 1 in 3 households owns a boat. The central part of the urban area occupies a narrow isthmus between the Manukau Harbour on the Tasman Sea and the Waitemata Harbour on the Pacific Ocean. It is one of the few cities in the world to have harbours on two separate major bodies of water. Rated as the 3rd most liveable city in the world, Auckland is a thriving multi-cultural hub of cuisine, music, art & culture and is home to a third of all NZers.

We arrived in Auckland in the evening and stayed with our friend Brian who has this magnificent view over the city.

And the sunrise over the city from the same vantage point of Brian’s balcony was also spectacular.

The view to the north of the apartment includes Auckland Habour bridge. 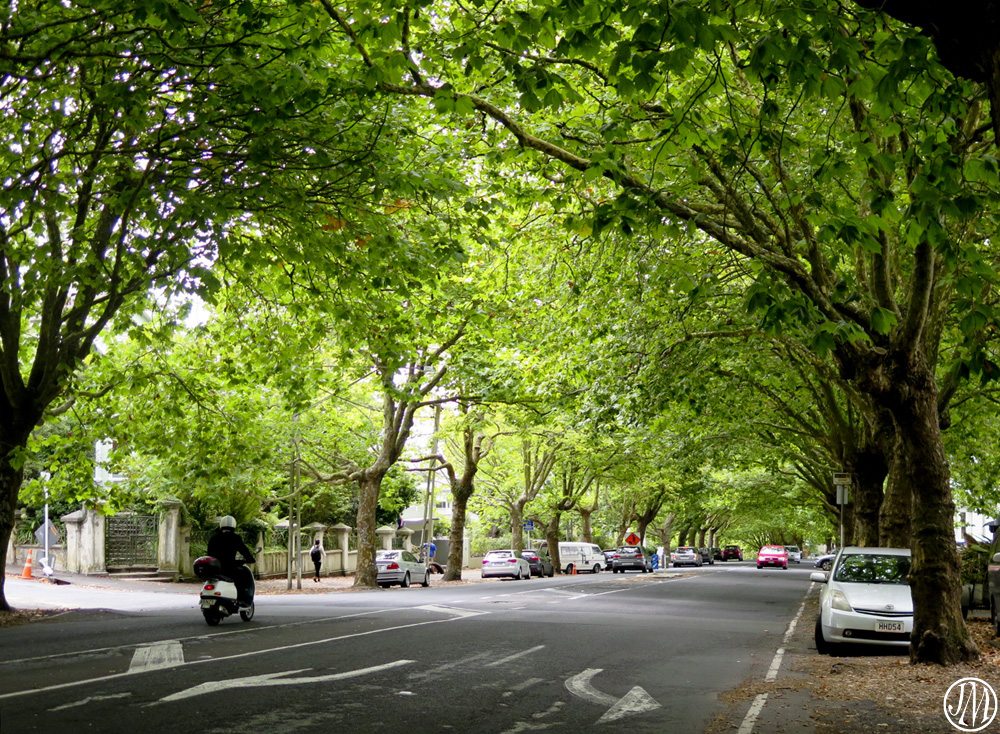 Close by the apartment, tree-lined Franklin Road leads from Ponsonby down to the city. 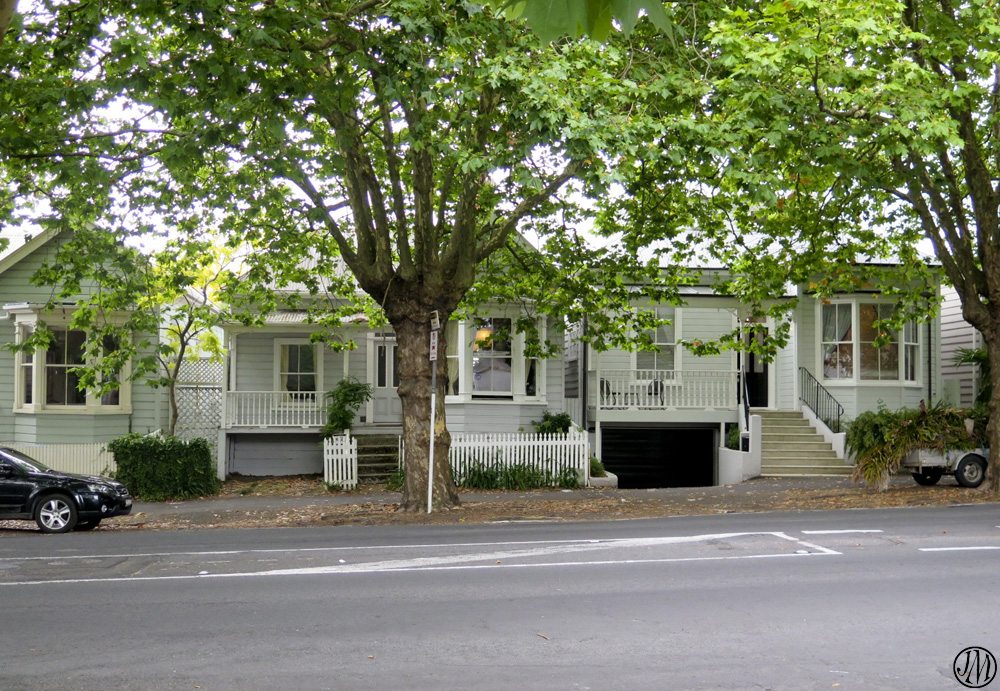 Some of the houses on Franklin Road. The street is well known and much visited in December for all its Xmas lights. 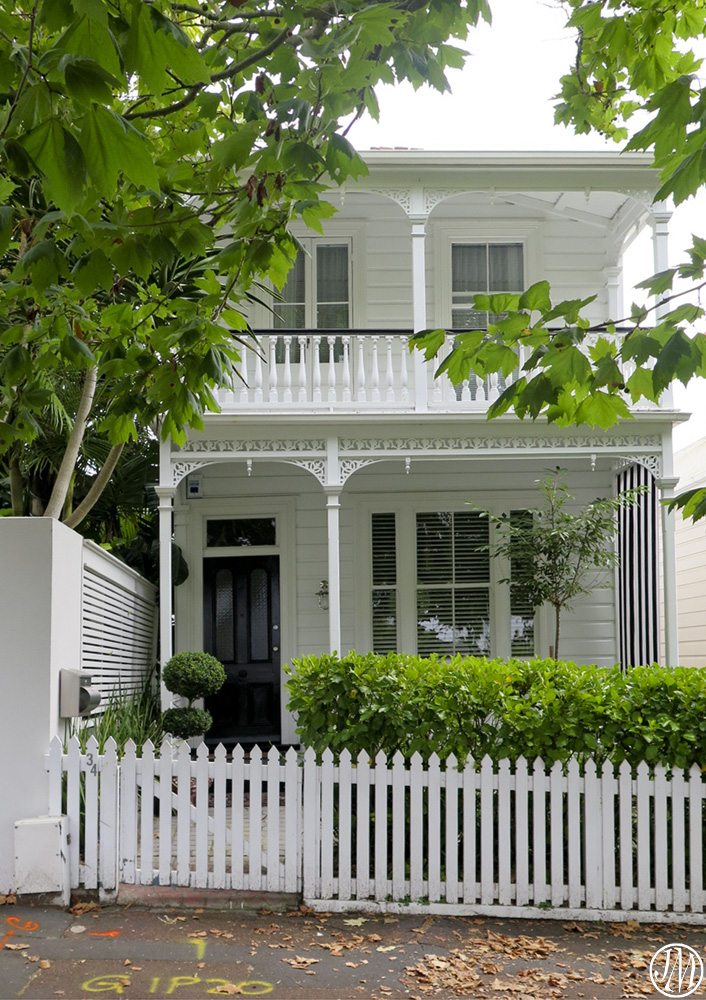 Another of the houses on Franklin Road. 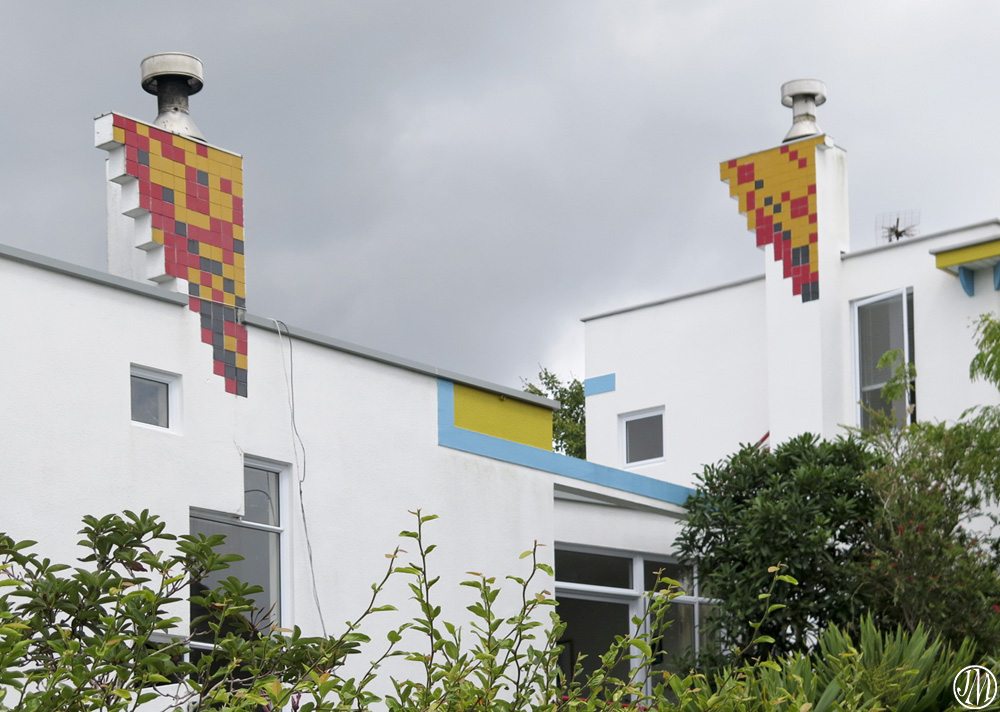 Unique, colourful chimneys on houses in an adjacent street. 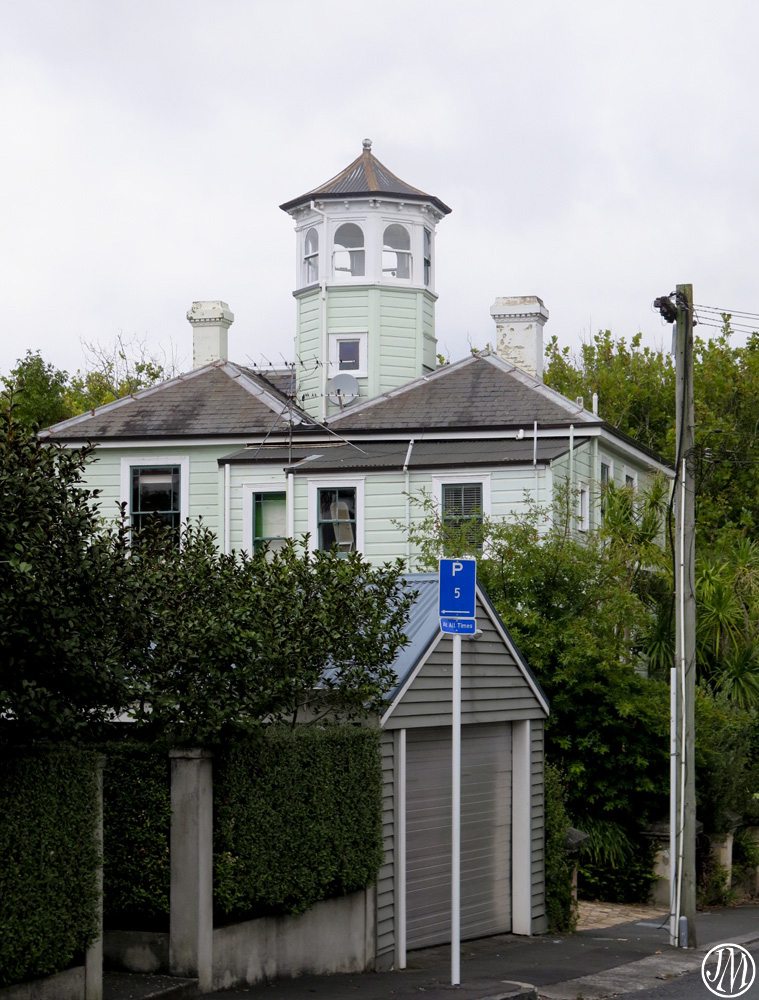 And on a nearby corner, another interesting abode. 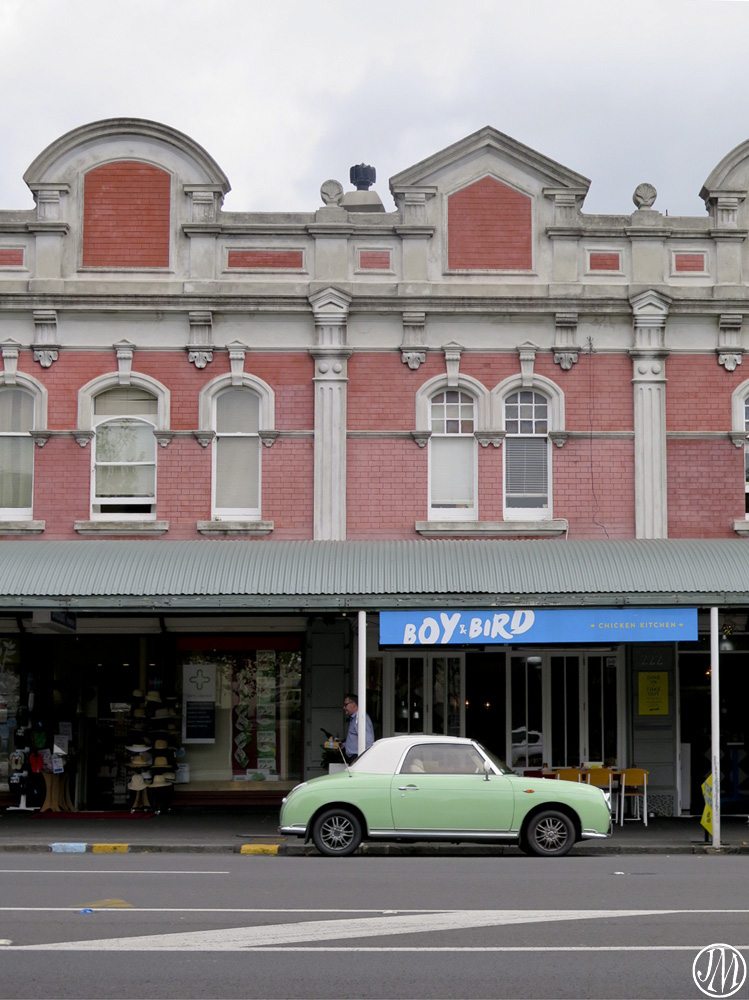 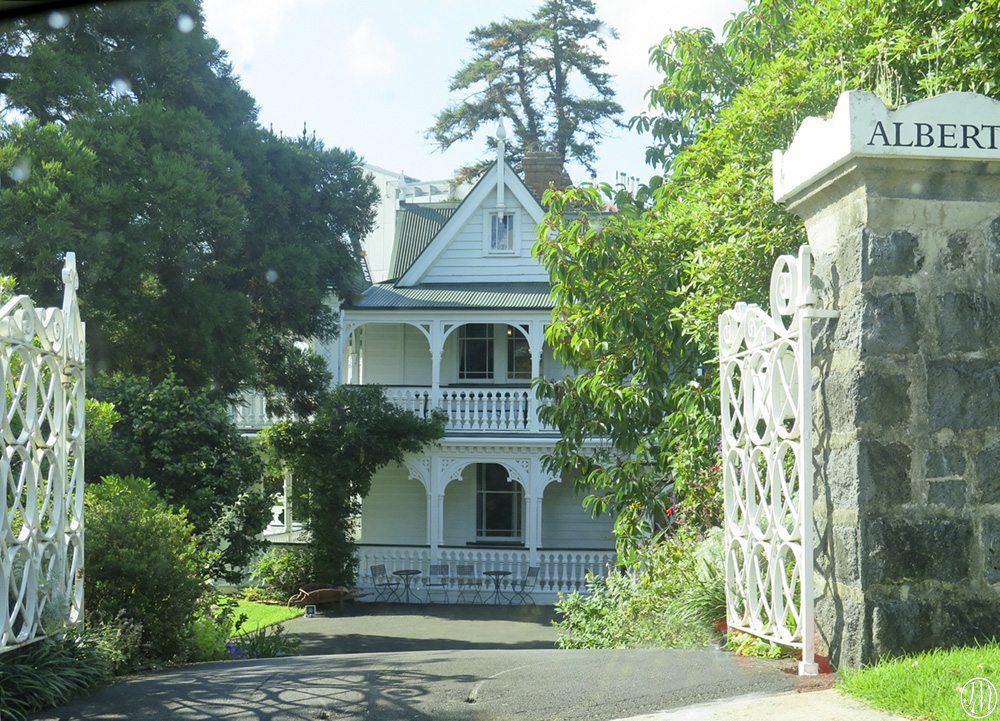 During our short tour of the city, we visited one of the oldest homesteads, Alberton House,
a historic, romantic 18-room timber mansion, one of the most loved historic houses in New Zealand. 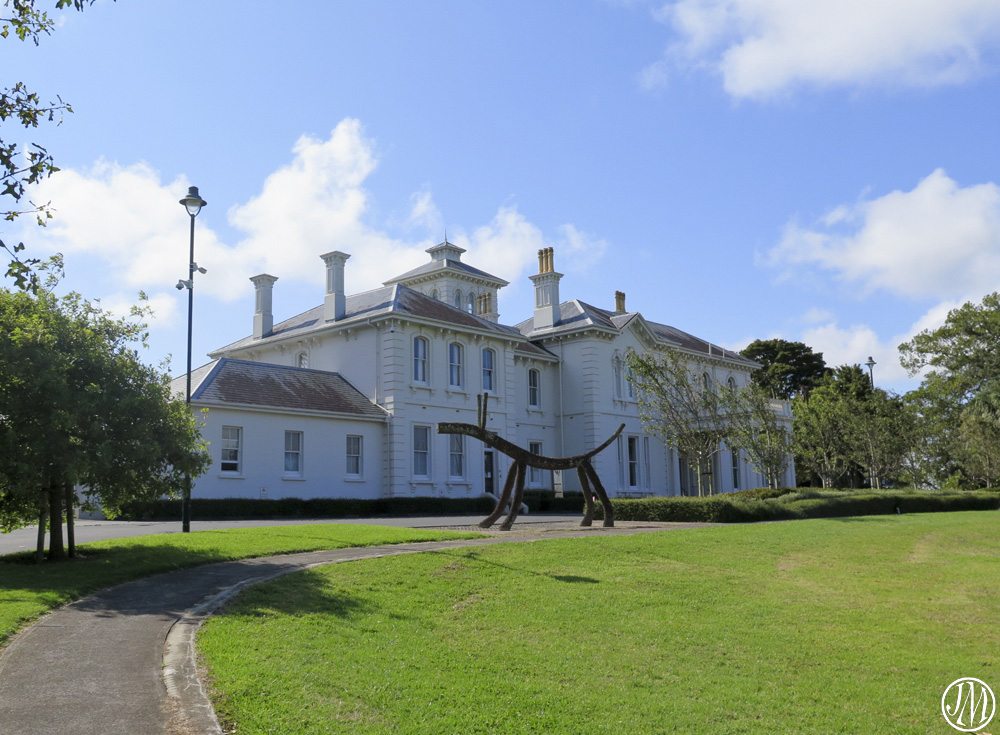 We also visited Pah Homestead, a historic home located in the suburb of Hillsborough. Built in 1879,
as a gentleman’s residence. it is now owned by the Auckland Council and is currently used as an art gallery. 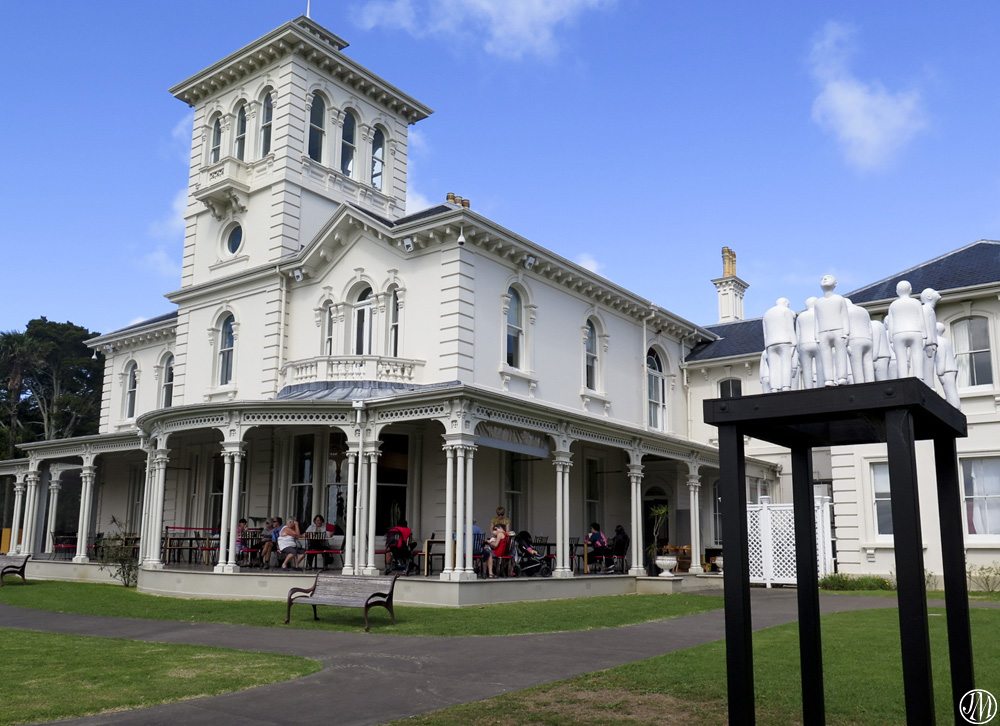 The Pah Homestead from the front, with art on display and a verandah on which to enjoy some refreshment. 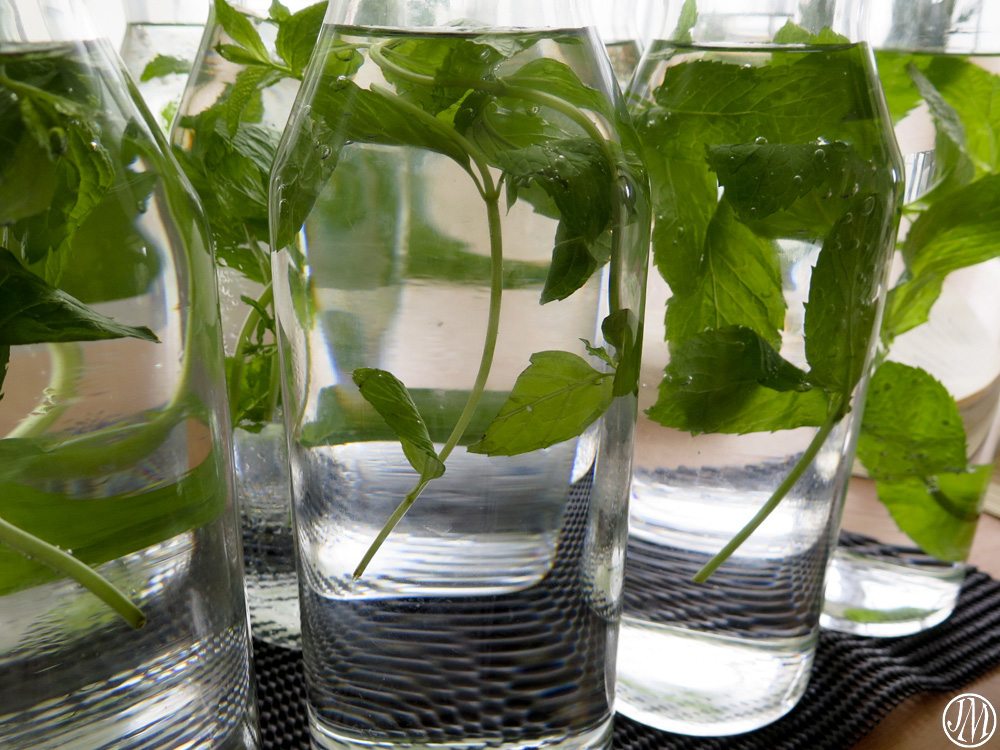 Jugs of minted water ready for each of the tables. Very refreshing. 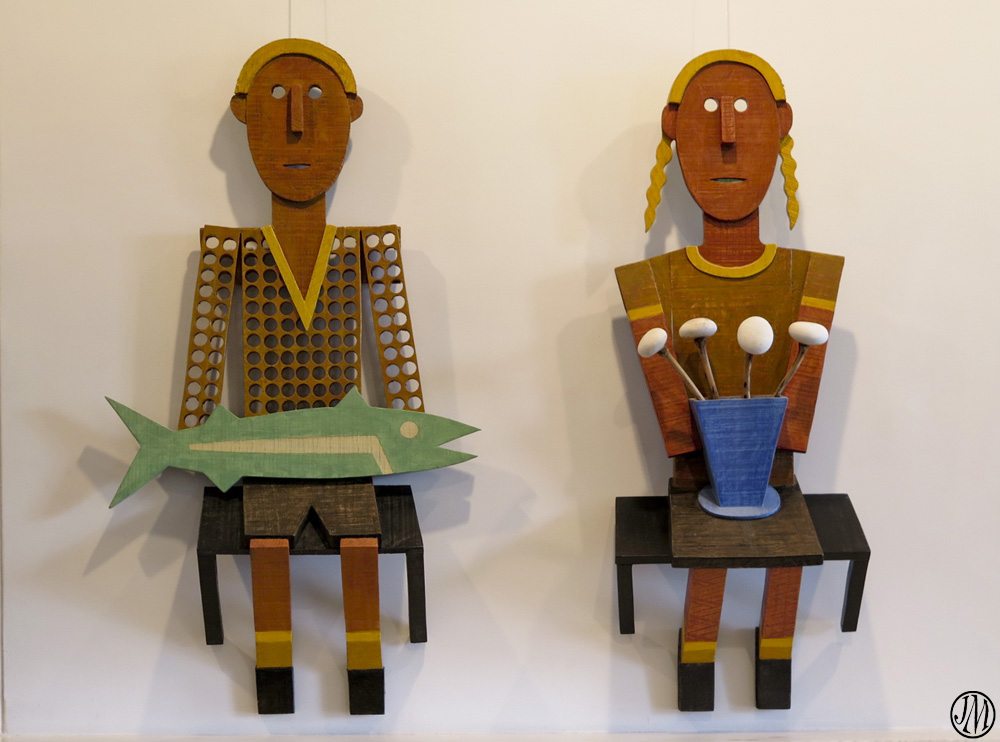 One of the current exhibitions was by Barry Lett and I loved his whimsical 3D artworks. 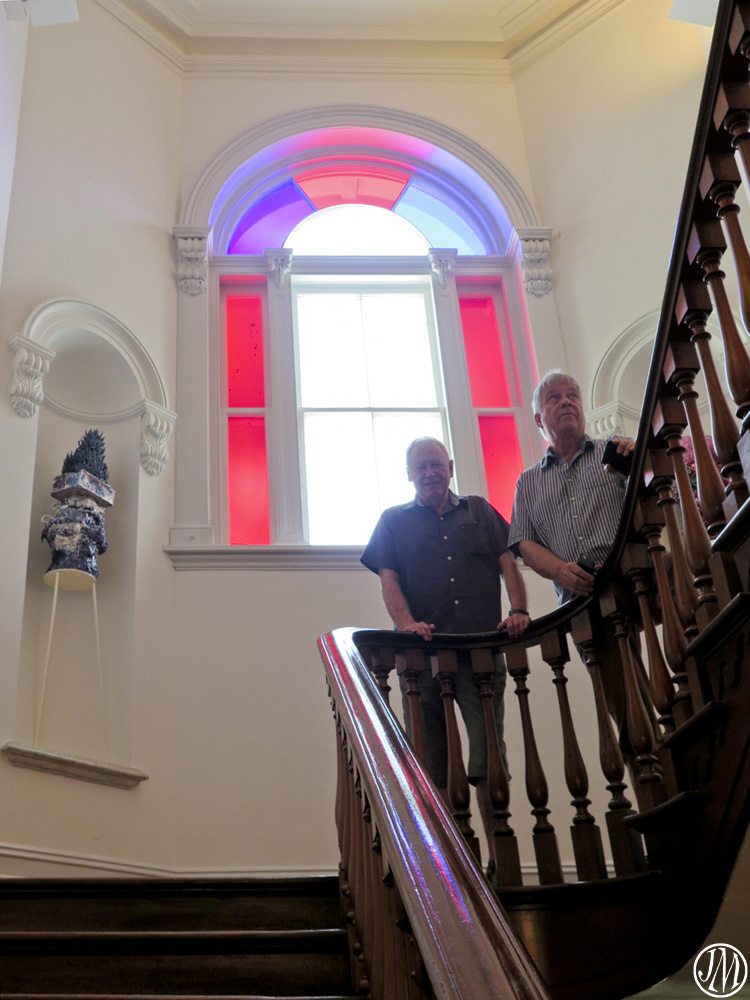 Brian and John posing on the rather grand staircase in the homestead. 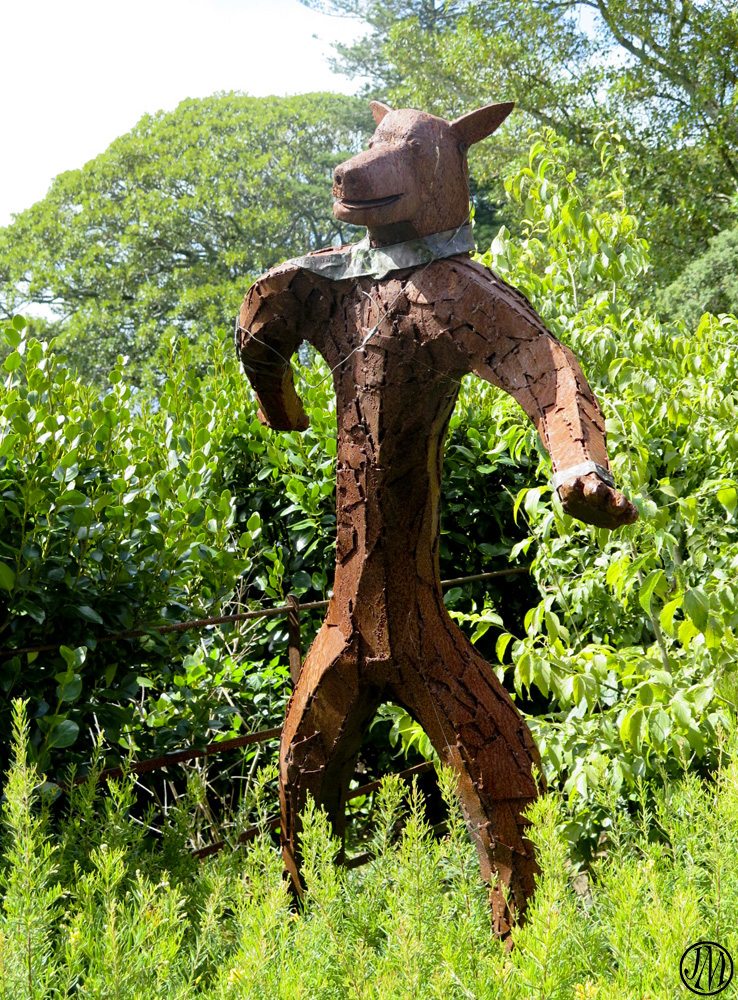 There was more art in the gardens, mostly dogs of all varieties. 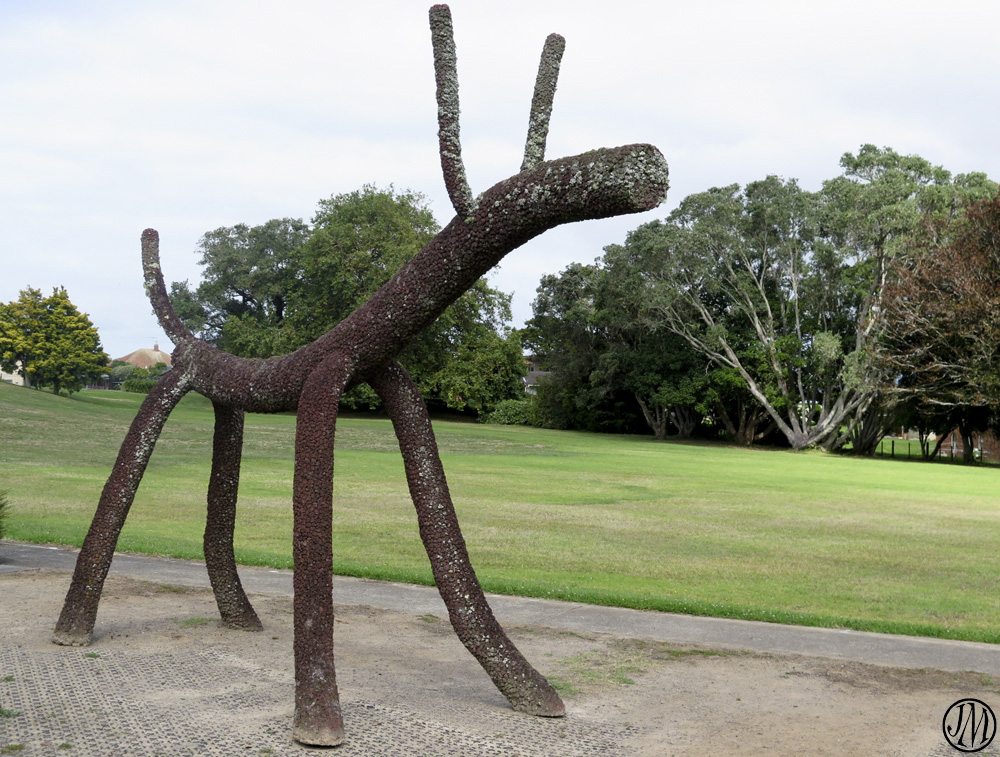 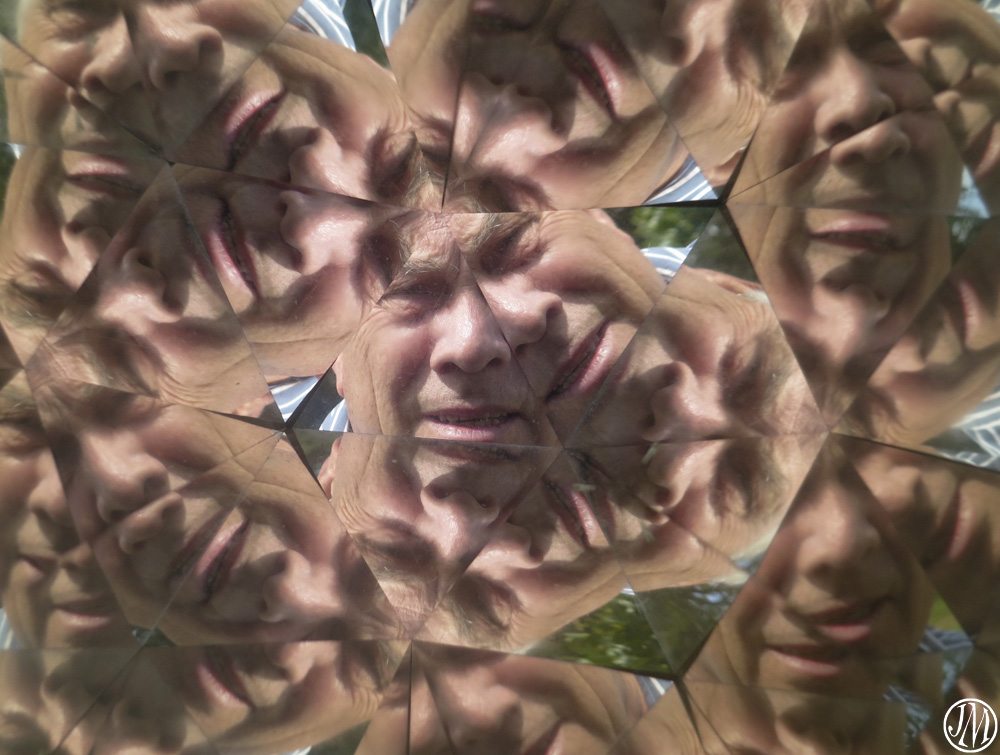 There was a kaleidoscope in the garden through which to look at the gardens  or turn it on your friends. This is John! 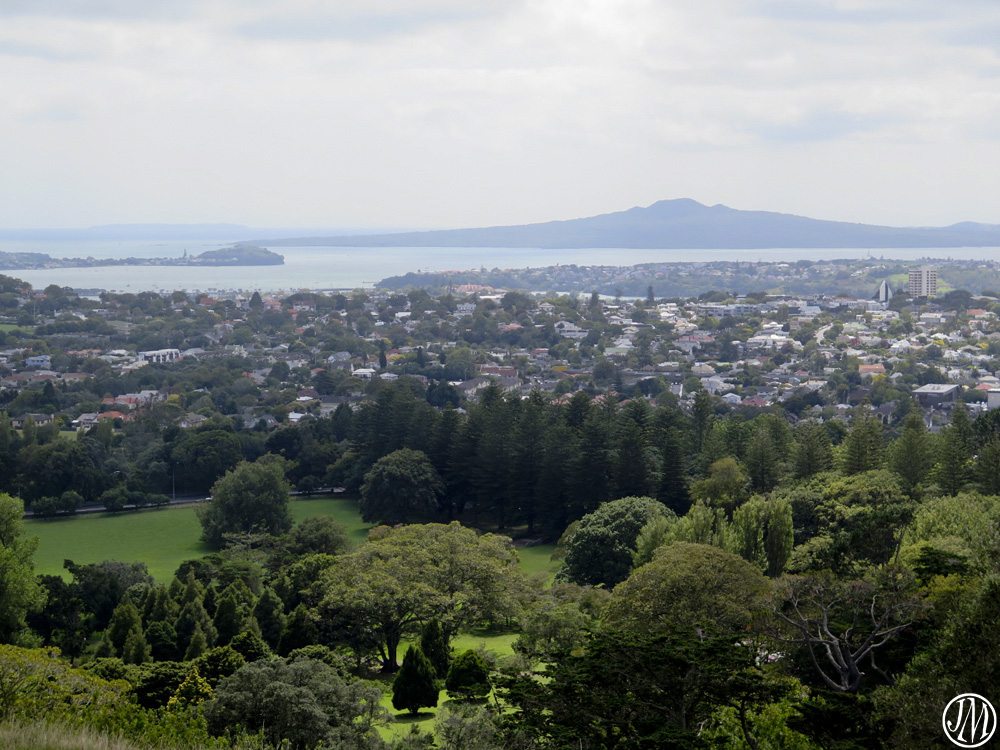 A view over the city from ‘One Tree Hill’ an ancient volcanic mountain, with Rangitoto Island beyond, also an extinct volcano. 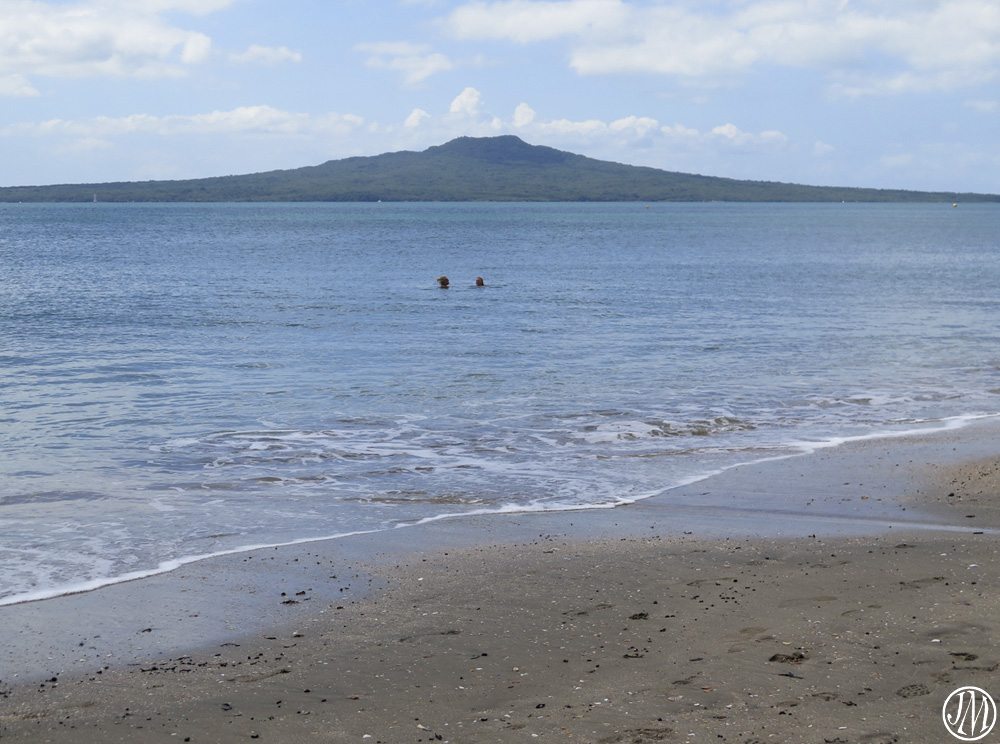 Another view of Rangitoto Island, this time from the shore, with two brave swimmers. 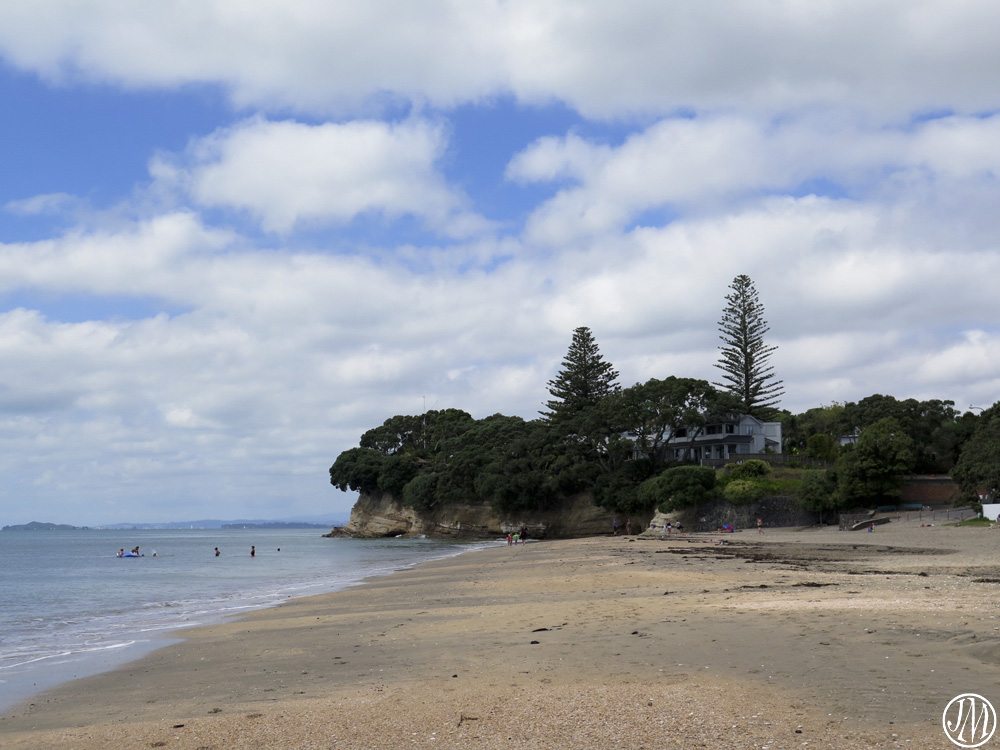 With 3,702 kms (2,300 mi) of coastline, Auckland has beautiful bays & beaches with many sought after beachfront houses. 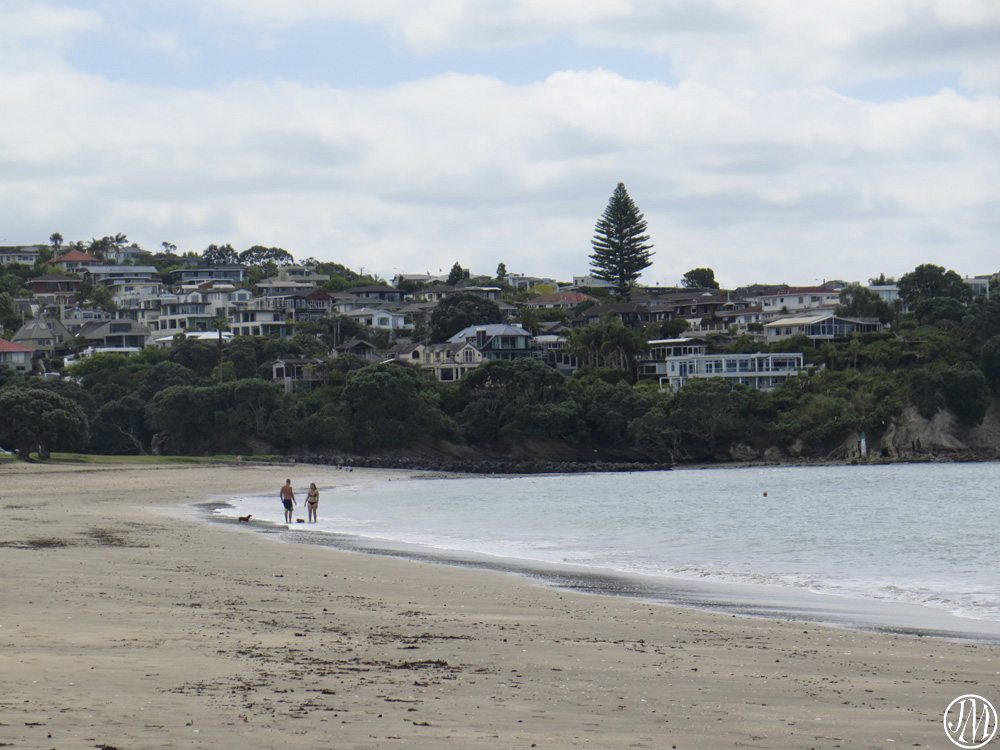 Another beach, perfect for swimming or wandering with the dogs.

Another view of Rangitoto Island.

After a day exploring the city it is pretty nice to relax over a drink and cheeseboard, meet new friends and chat a while before heading into town for dinner. 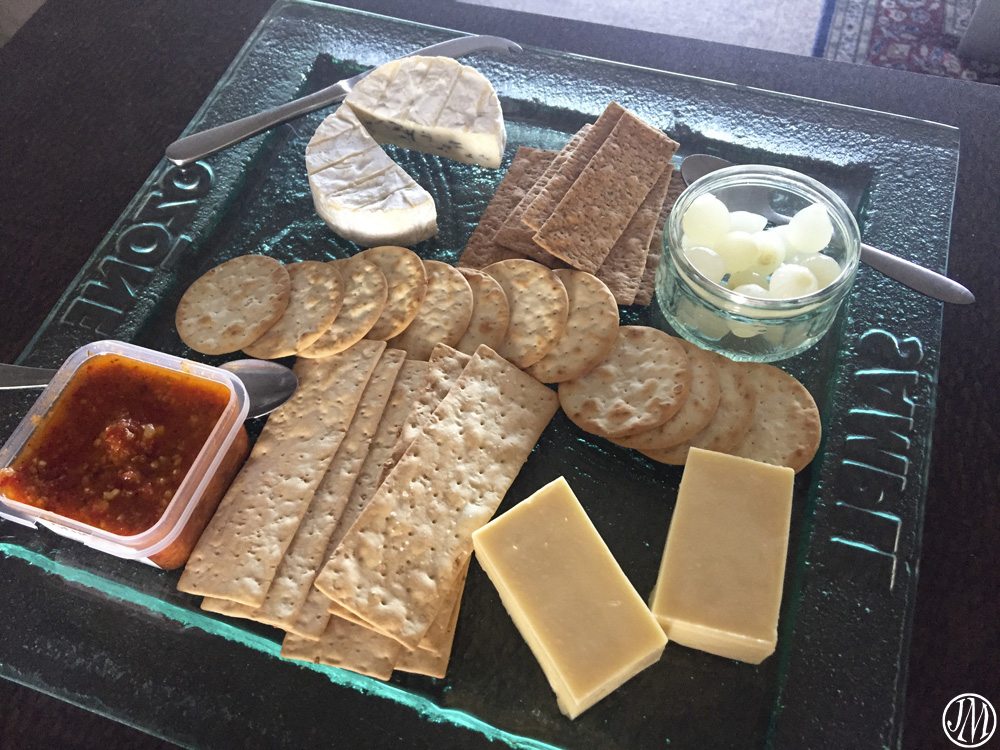 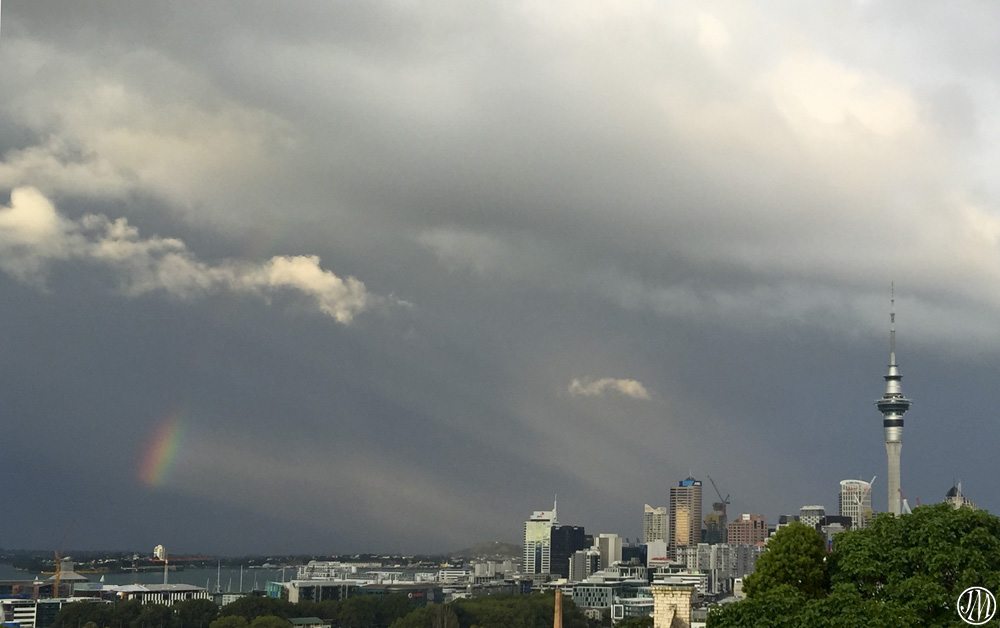 A rainbow and a shaft of light predict a little rain, but it didn’t happen. Maybe recognising last week’s Gay Pride? 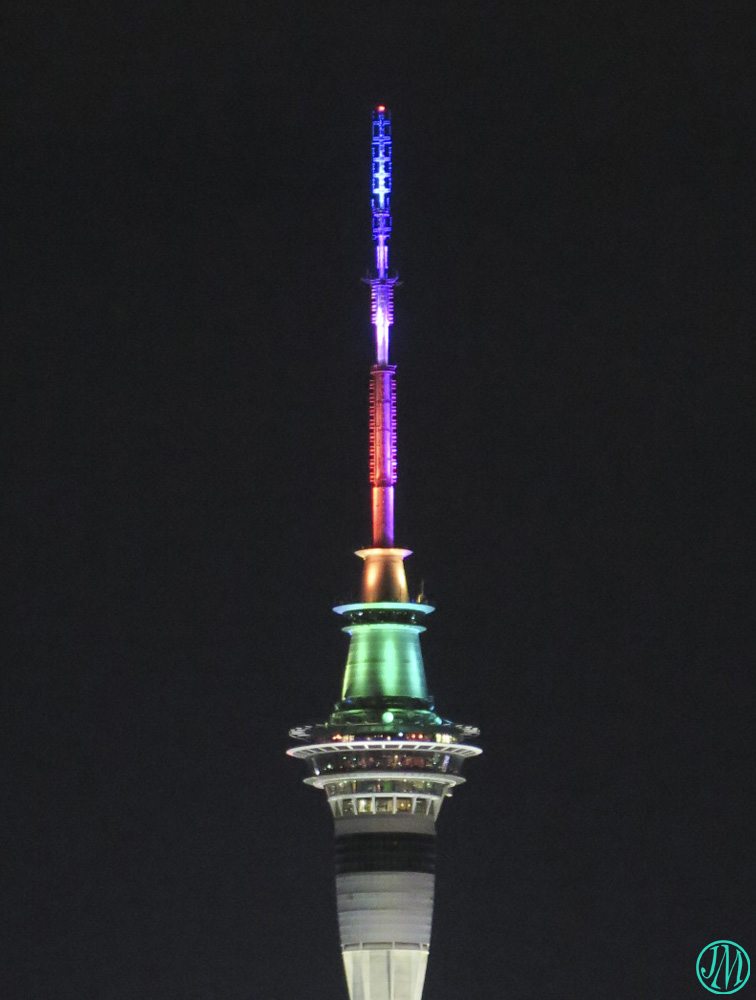 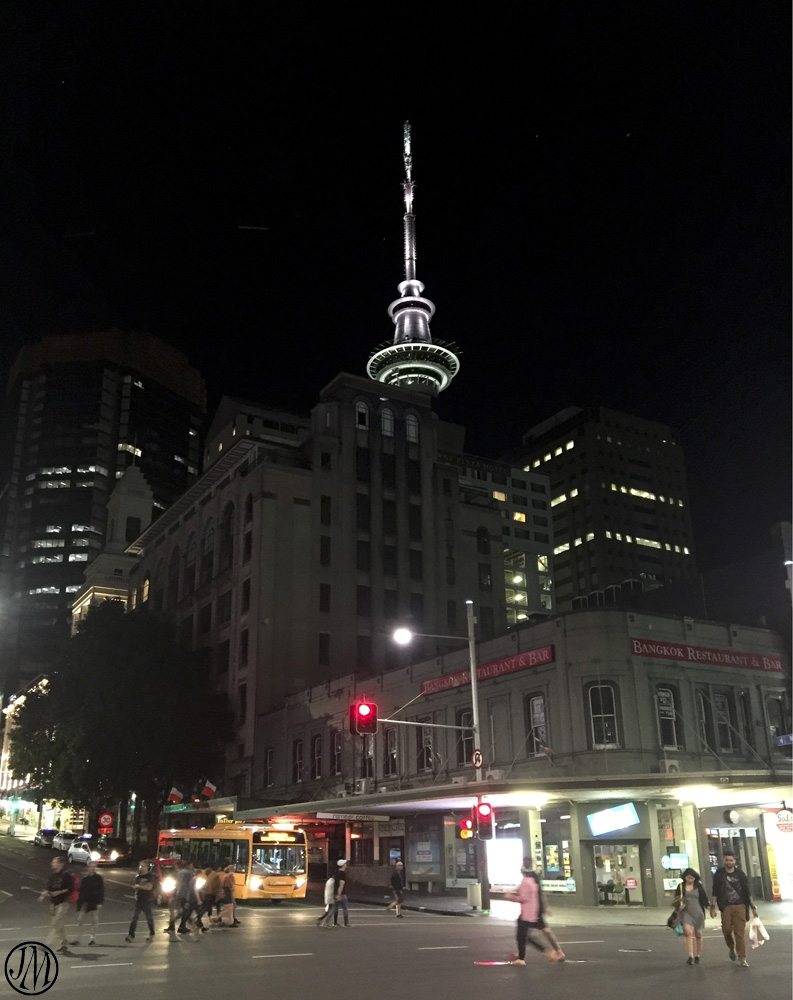 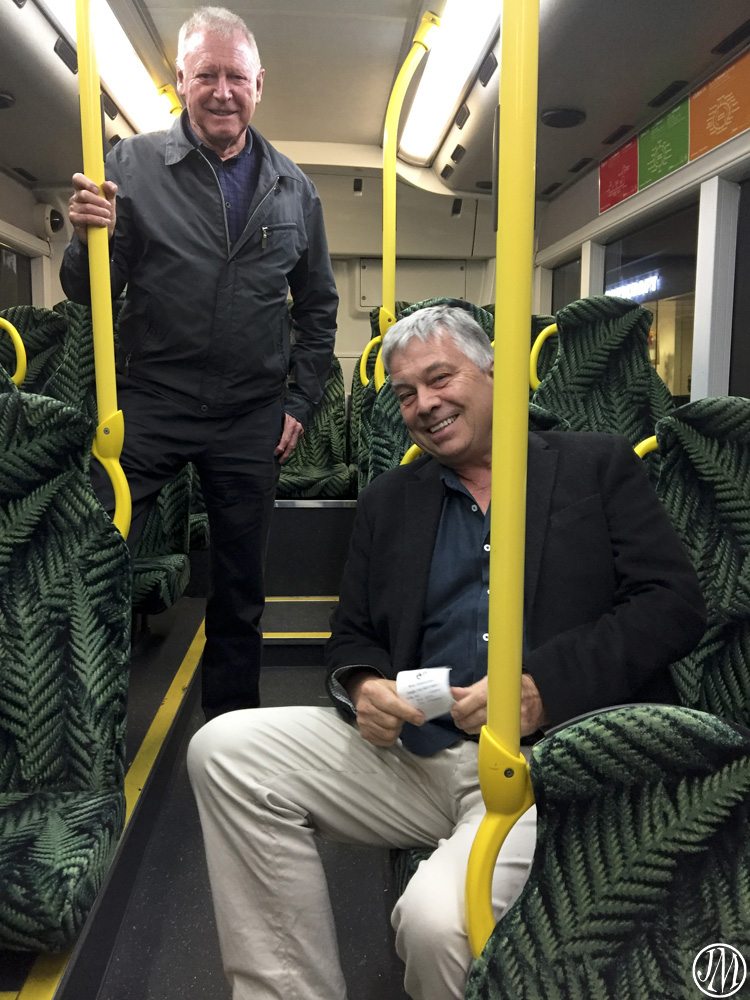 On the bus going home. Don’t you love the ferns on the seat covers? 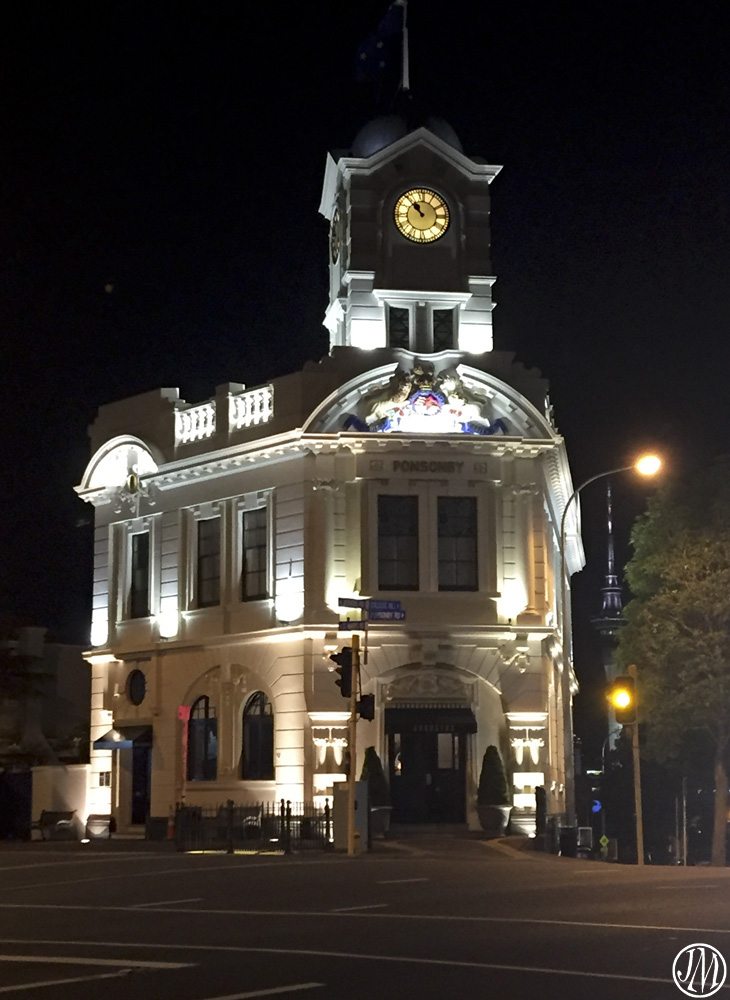 Hard to do justice to a huge city in just a couple of days, but here are a few snapshots of the city by day and at night. Need a lot more time to see more and try more of the many restaurants ….. ah well, next time.

Next blog will be from the beautiful Waiheke Island, a mere 40 minute ferry ride from the Auckland CBD.