One of the distinct pleasures of living in Asia is having the opportunity to celebrate the many colourful festivals which are an important part of life here. Perhaps none is as important across the whole region as the Chinese New Year.  This year on 28 January we entered the Year of the Rooster and it gives me great pleasure to wish all my friends and followers the happiest of years to come. 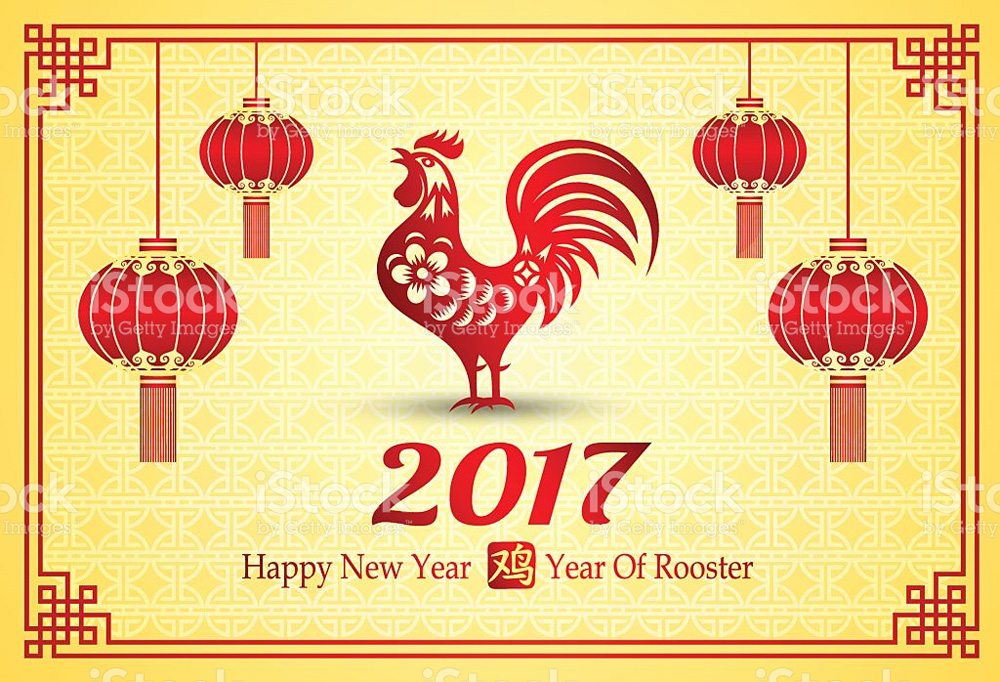 For those who are not so familiar with Chinese New Year, perhaps it will be interesting to share some background:

Chinese New Year, known in modern Chinese as the “Spring Festival” (simplified Chinese 春节; traditional Chinese 春節; Pinyin: Chūn Jié) in Mainland China, is an important Chinese festival celebrated at the turn of the traditional lunisolar Chinese calendar. Celebrations traditionally run from the evening preceding the first day, to the Lantern Festival on the 15th day of the first calendar month. The first day of the New Year falls on the new moon between 21 January and 20 February. In 2017, the first day of the Chinese New Year is on Saturday, 28 January, initiating another year of the Rooster.

The New Year festival is centuries old and gains significance because of several myths and traditions. Traditionally, the festival was a time to honour deities as well as ancestors. 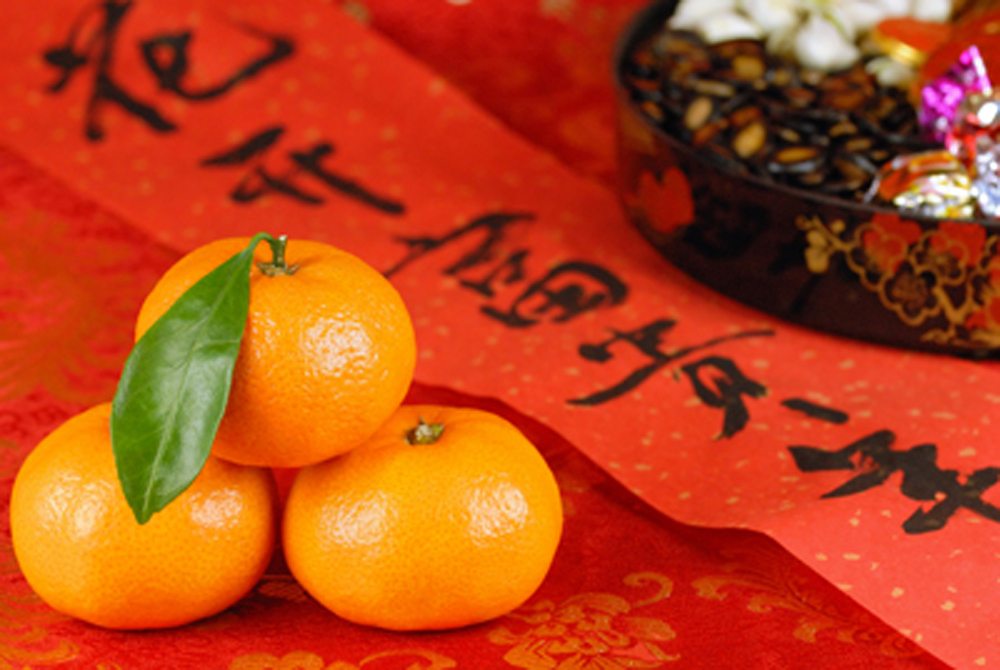 According to tales and legends, the beginning of the Chinese New Year started with a mythical beast called the Nian. Nian would eat villagers, especially children. One year, all the villagers decided to go hide from the beast. An old man appeared before the villagers went into hiding and said that he’s going to stay the night, and decided to get revenge on the Nian. All the villagers thought he was insane. The old man put red papers up and set off firecrackers. The day after, the villagers came back to their town to see that nothing was destroyed. They assumed that the old man was a deity who came to save them. The villagers then understood that the Nian was afraid of the colour red and loud noises. When the New Year was about to come, the villagers would wear red clothes, hang red lanterns, and red spring scrolls on windows and doors. People also used firecrackers to frighten away the Nian. From then on, Nian never came to the village again. The Nian was eventually captured by Hongjun Laozu, an ancient Taoist monk and became Hongjun Laozu’s mount. 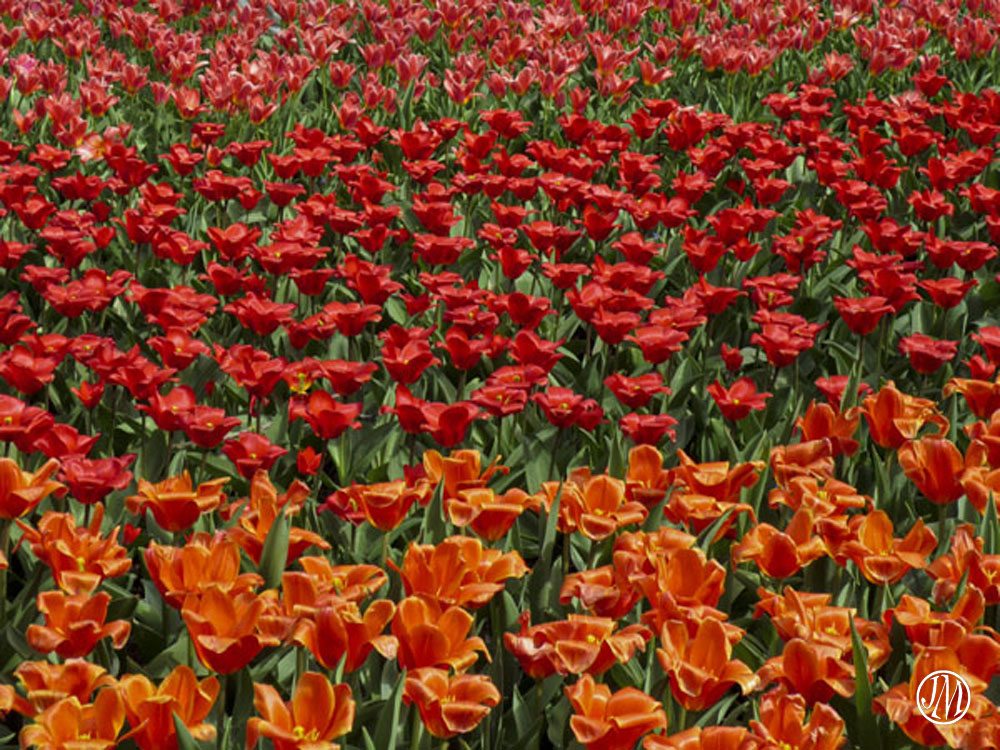 Red is the predominant colour used in New Year celebrations. Red is the emblem of joy, and this colour also symbolises virtue, truth and sincerity. On the Chinese opera stage, a painted red face usually denotes a sacred or loyal personage and sometimes a great emperor. Candies, cakes, decorations and many things associated with the New Year and its ceremonies are coloured red. The sound of the Chinese word for “red” (simplified Chinese: 红; traditional Chinese: 紅; pinyin: hóng; Cantonese Yale: hung4) is in  Mandarin homophonous with the word for “prosperous”. Therefore, red is an auspicious colour and has an auspicious sound.

I am fortunate to number a few wonderful artists among my friends and they have outdone themselves in representing the New year of the Rooster.  Thai artist Nat Posila painted this magnificent specimen – 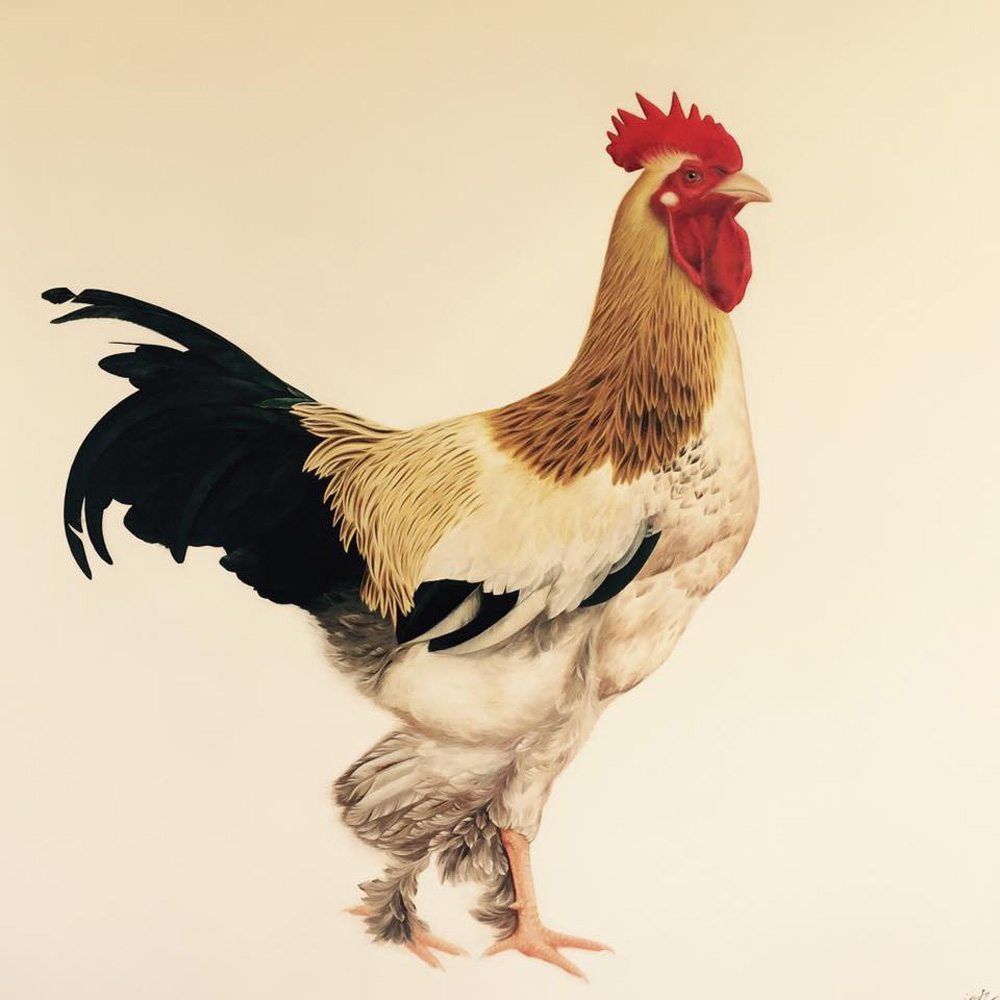 Malaysian artist, Soon Lai Wai dedicated one of his fabulous flower paintings, with an abundance of red, for this New Year – 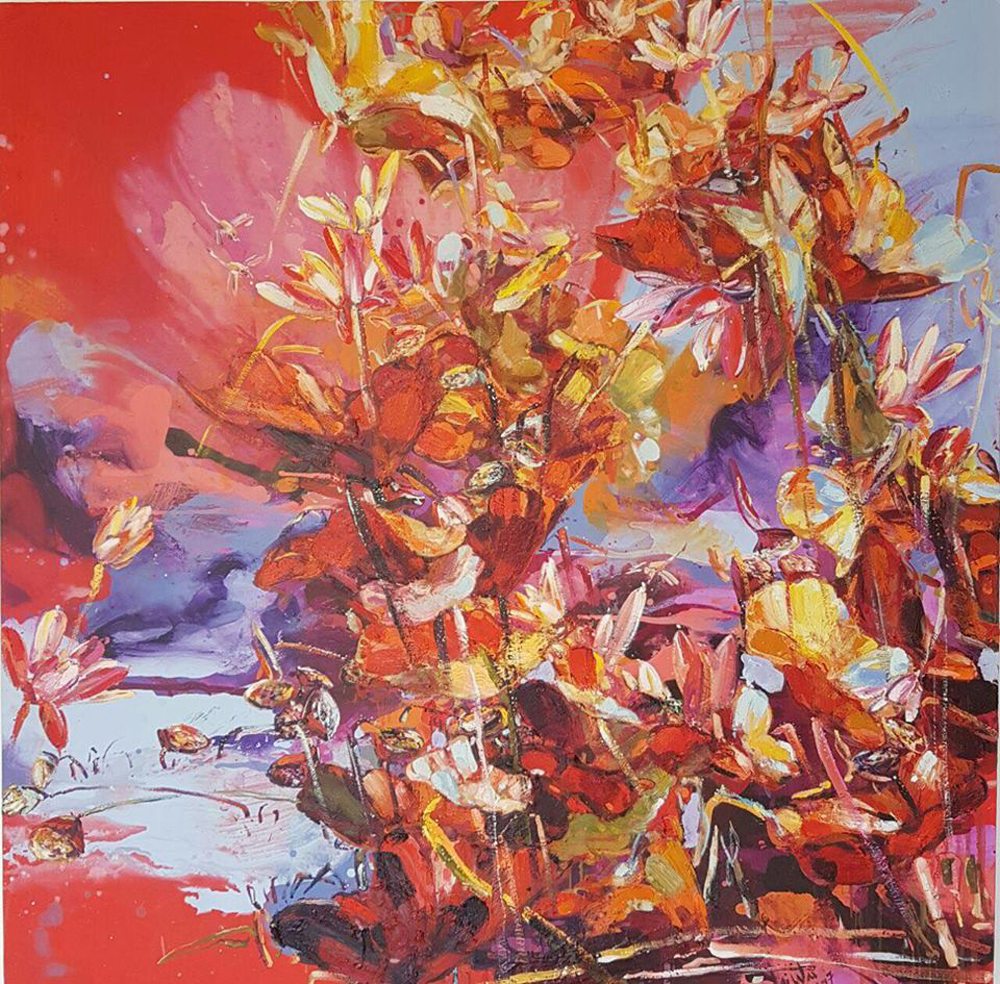 Belgian artist, Christian Develter framed two of his magnificent portraits in crimson in honour of the New Year of the Rooster – 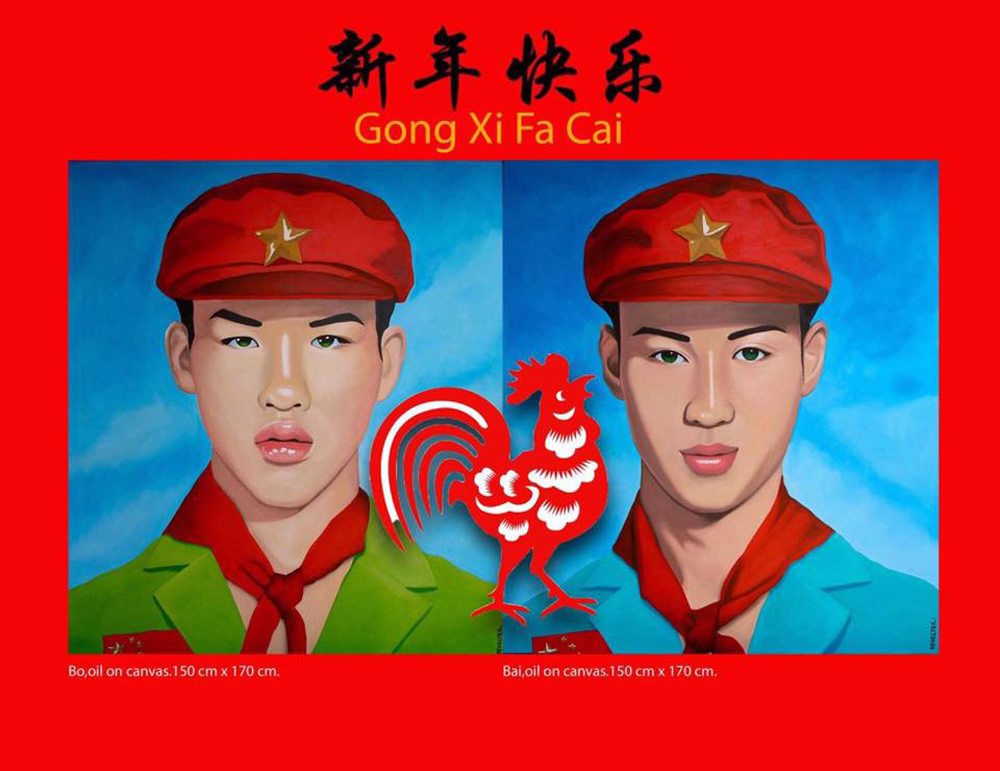 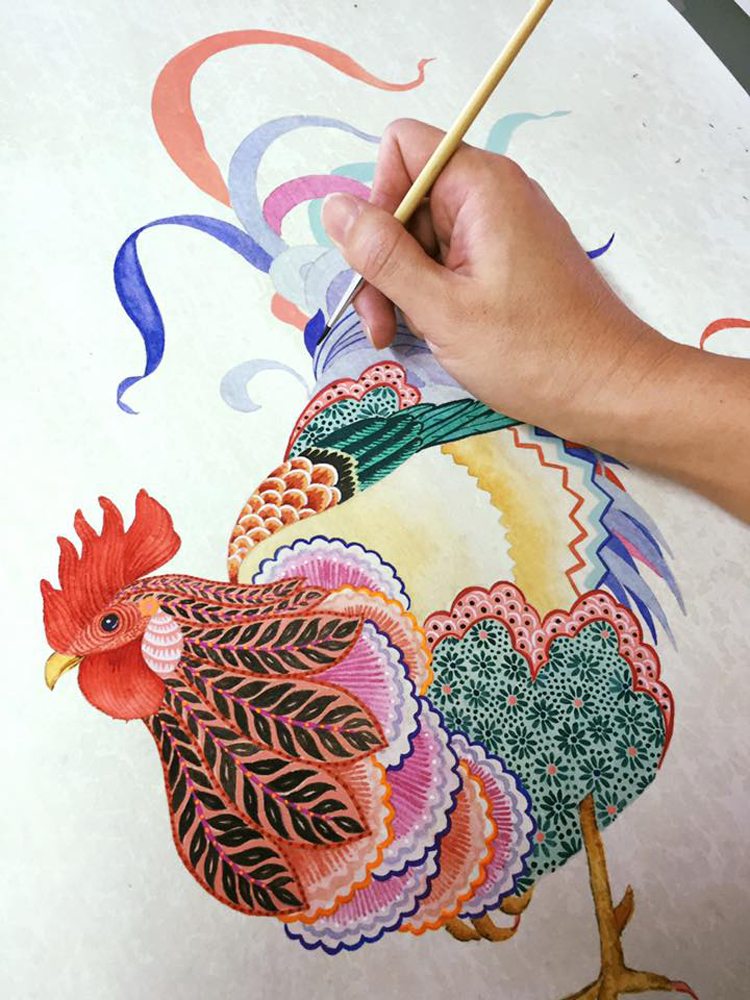 And then there are the business enterprises who like to send good wishes to their friends and clients, and often post New Year wishes in newspapers, journals or on-line.  This one is from one of my favourite Chiang Mai restaurants, ‘ The House’, which together with Ginger Cafe are owned and managed by my friend Hans Christensen – 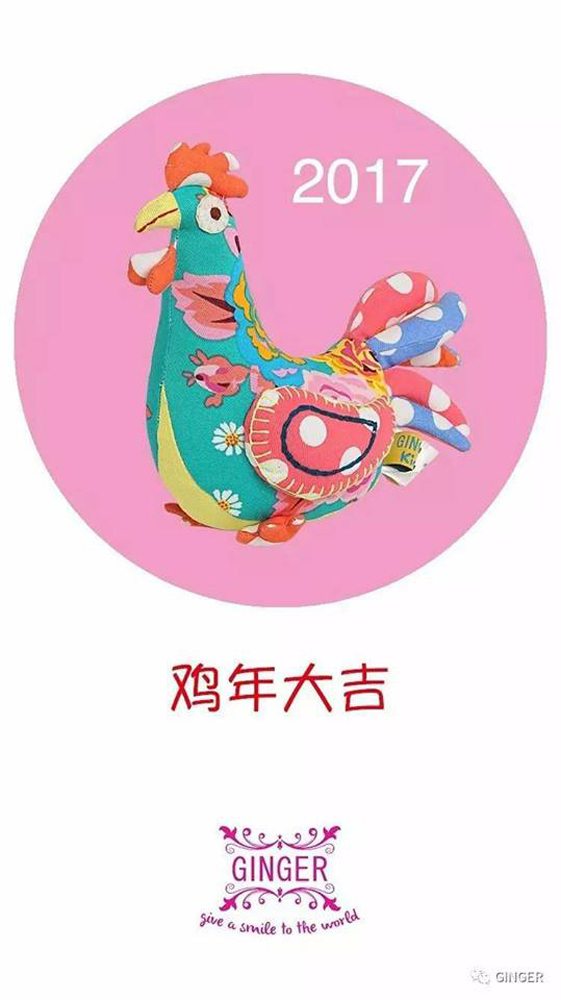 Another Chiang Mai enterprise is ‘Elephant Parade’ for whom my shops have been the retailer until recently.  The company is now 10 years old and have painted elephants for almost all global festivals.  They did not neglect Chinese New Year – 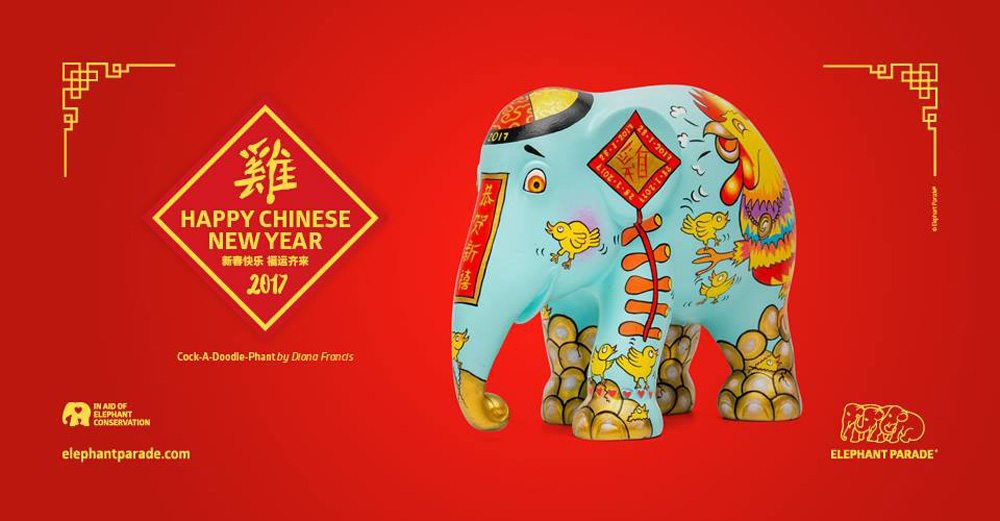 And there can never be a celebration that does not include copious quantities of special New Year delicacies.  This NY repast was prepared over a couple of days by my good friend Mao for her family – 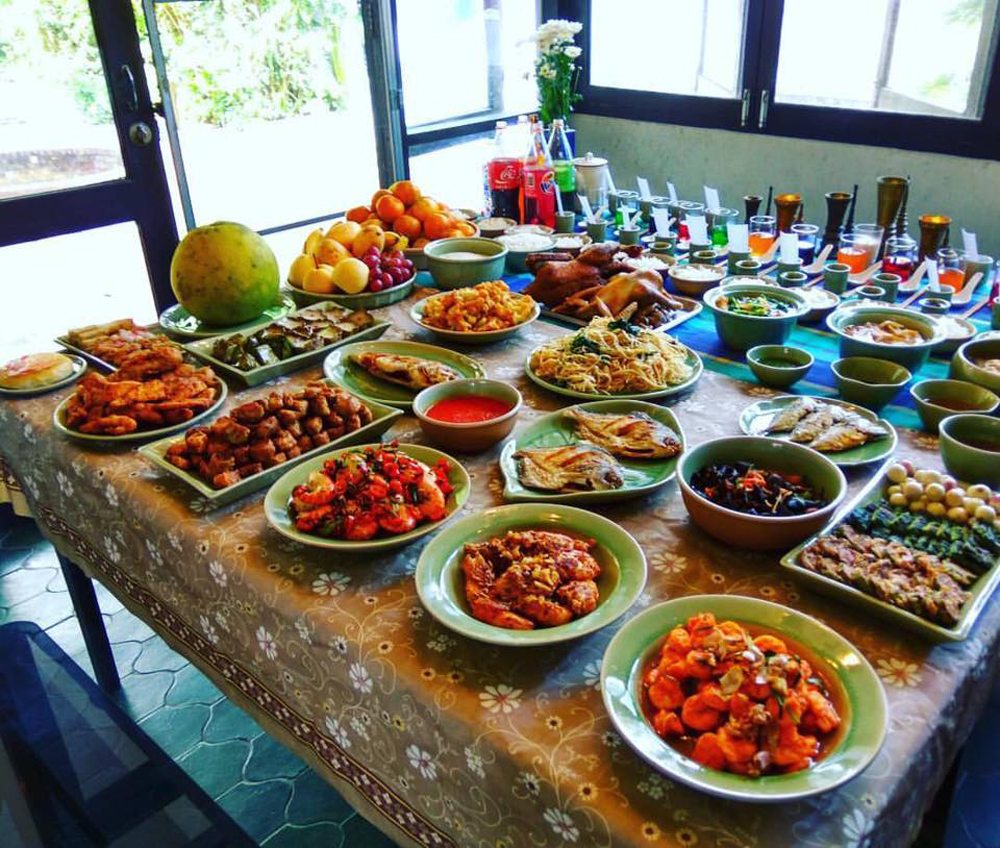 Messages can be incorporated into anything and everything. At the beautiful Four Season Resort in Chiang Mai, the characters representing ‘Happiness’ were written with red flowers over yellow – 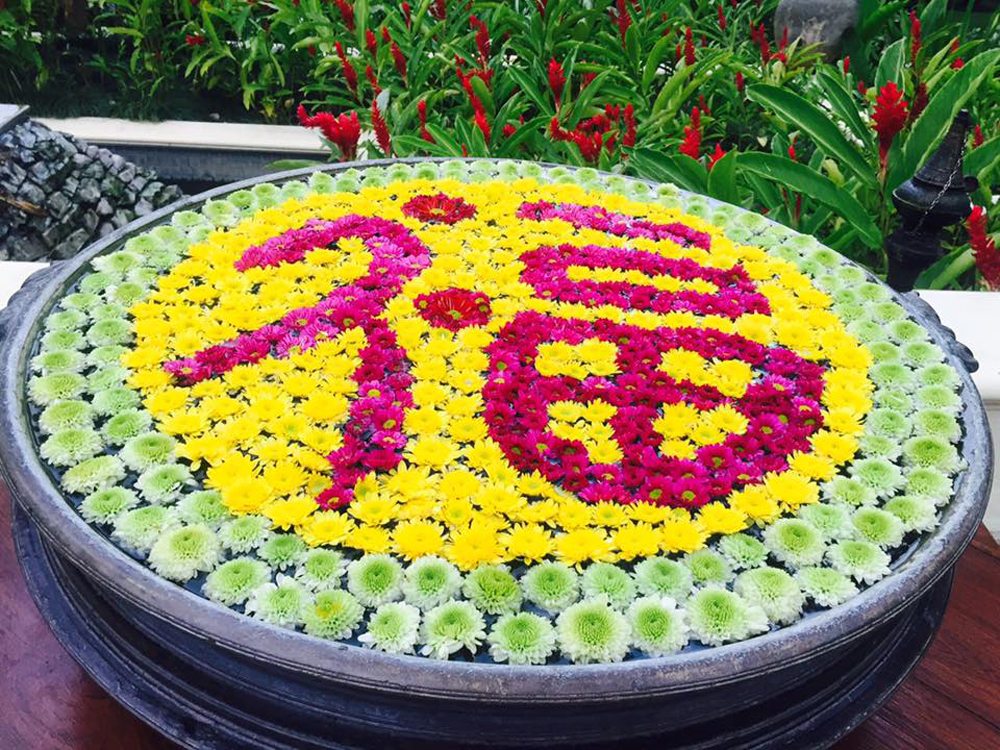 And so my friends, all that remains is to thank my friends for the use of their photos and artwork and wish all and everyone a prosperous, healthy and happy New Year of the Rooster. 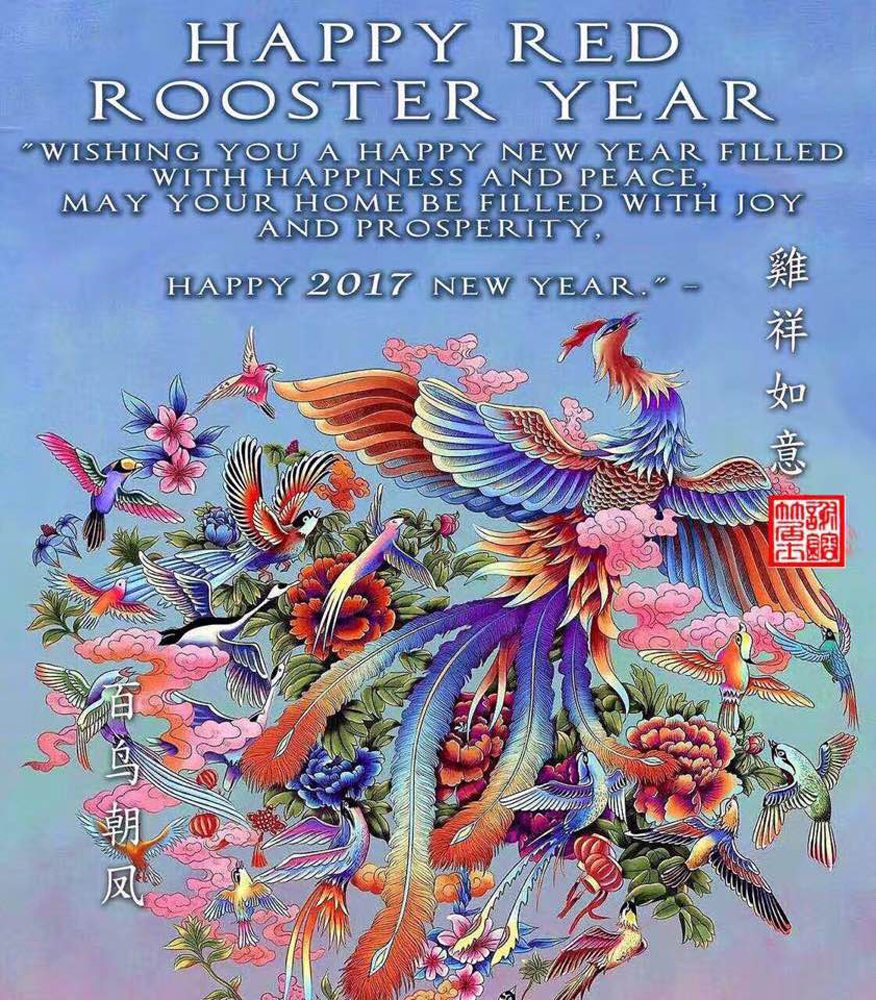 Until my next blog ……